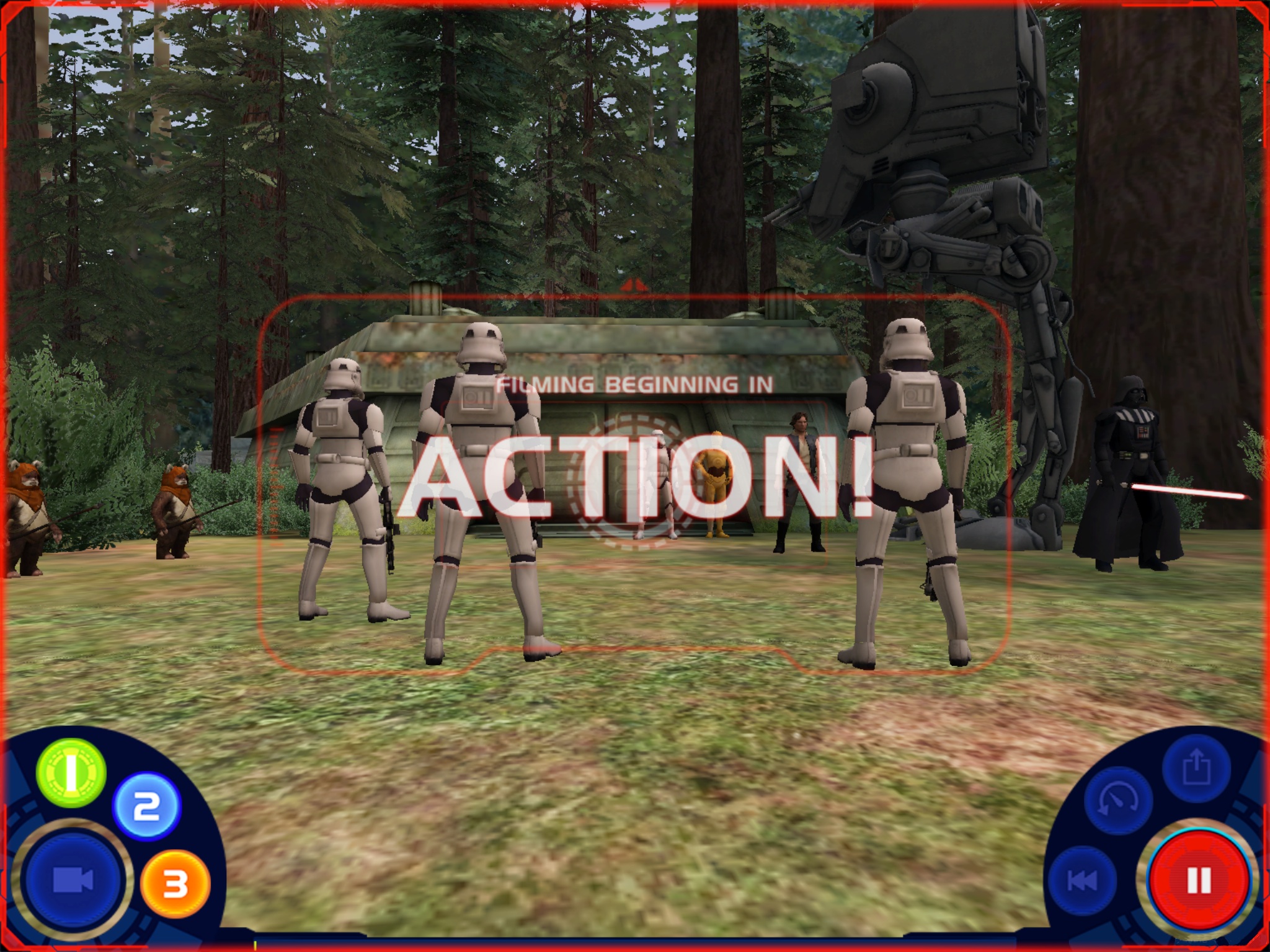 George Lucas may have some competition on his hands. Star Wars fans have a new way to re-create the films' fantasies thanks to Disney Publishing's new line of Star Wars Scene Maker customization apps.

George Lucas may have some competition on his hands. Star Wars fans have a new way to re-create the films’ fantasies thanks to Disney Publishing’s new line of Star Wars Scene Maker customization apps.

The creativity apps give kids the tools to create and customize their own 3D-animated scenes from the film franchise.

The first app in the series is now available for iPad devices and features scenes from the original trilogy. The Battle of Endor is free with download, and each additional content pack is US$2.99.

The app comes with 3D models of characters, vehicles and environments. Users can place objects wherever they choose and then customize them with a variety of weapons to create new storylines and dialogue. The option to record original dialogue is available, too. And a save and share option provides the opportunity for fans to socialize their content online.

The Scene Maker apps will continue to feature content from the Star Wars saga, with plans to expand to new content from the upcoming Star Wars Rebels animated series on Disney XD. Additional content packs will be released through app updates and will be available through in-app purchase.

The release of Star Wars Scene Maker follows on the heels of a major mobile push on the part of Lucasfilm owner Disney to deepen the brand’s connection with today’s kids. Last month, Disney Publishing announced the launch of Star Wars Journeys, an episodic series of apps that feature stories, heroes and villains from the franchise. More than half a dozen apps are slated for release for the Kids and Entertainment categories of the App Store leading up to the release of Star Wars Episode VII, which hits theaters in December 2015.