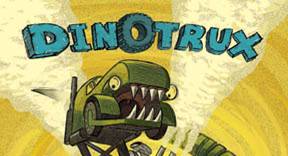 Both Mattel and DreamWorks Animation have original series in the pipeline with Netflix, with the former's Ever After High set to premiere on the SVOD giant in early 2015, which will be followed by DreamWorks' Dinotrux debut next spring.

Both Mattel and DreamWorks Animation have original series in the pipeline with Netflix, with the former’s Ever After High set to premiere on the SVOD giant in early 2015, which will be followed by DreamWorks’ Dinotrux debut next spring.

Netflix ordered three seasons of Dinotrux, which will be based on Chris Gall’s award-winning book series(pictured) about a land populated by half-dinosaur, half-machine creatures, the first of which was named Children’s Book of the Year by Publisher’s Weekly in 2009.

Dinotrux is the latest in a string of Netflix original kids series from DreamWorks Animation that began with Turbo FAST in 2013. The company recently announced it would be bringing a trio of new shows for the streaming service debuting in 2014 – King Julien, Puss in Boots and VeggieTales in the House – as well as future new episodes of DreamWorks Dragons, which is set to debut its third season on Netflix in 2015.

Based on the Mattel franchise, the 12-episode Netflix Ever After High series will be preceded by the original movie Ever After High Spring Unsprung. The multiplatform IP for tweens, which delves into the lives of the teenage sons and daughters of classic fairytale legends, launched last October.

Last week, Netflix announced it had ordered 26 episodes of the Scholastic Media CG-animated series The Magic School Bus 360°, scheduled to premiere some time in 2016.

With files from Wendy Goldman Getzler