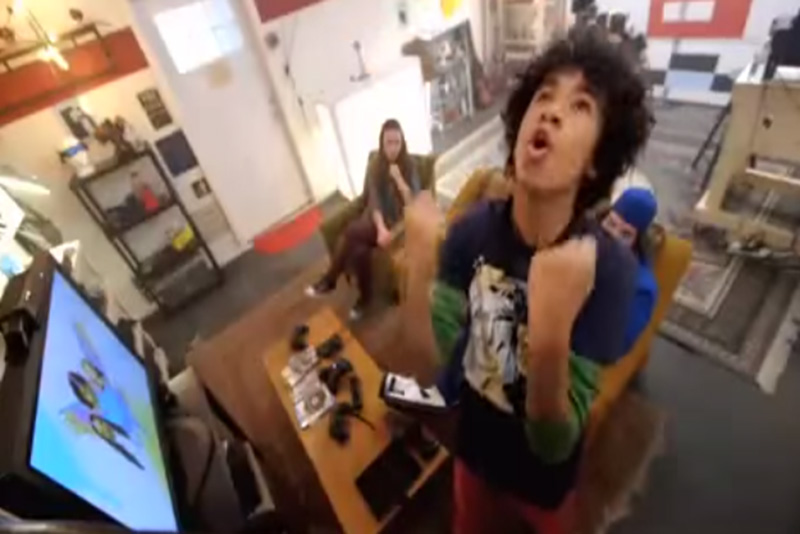 In a deal that brings kids' videogame culture closer to TV audiences, Disney XD has ordered 10 episodes of its new series Gaming Show (In My Parents' Garage) for the network's 2014/15 lineup.

In a deal that brings kids’ videogame culture closer to TV audiences, Disney XD has ordered 10 episodes of its new series Gaming Show (In My Parents’ Garage) for the network’s 2014/15 lineup.

Developed by Disney XD’s Toronto-based partners Banger Films, and its new kids division B-Minors, the half-hour magazine-styled series is expected to premiere in late fall 2014 with production to begin in Toronto this summer.

Gaming Show follows young gamer and host Jesse Sukunda and his two friends Julia and Ian as they operate a DIY web series dedicated to kids videogame culture out of Jesse’s parents’ garage.

The show’s pilot, which aired on April 21 and reached out to its target audience of boys six to 11 for online feedback, saw the show’s core trio visit Ubisoft’s motion capture suite, create their own environment for Xbox’s new Project Spark game, learn Minecraft tips from YouTube sensation Fin of MineTime, and hang with NBA star and gamer Amir Johnson of the Toronto Raptors.