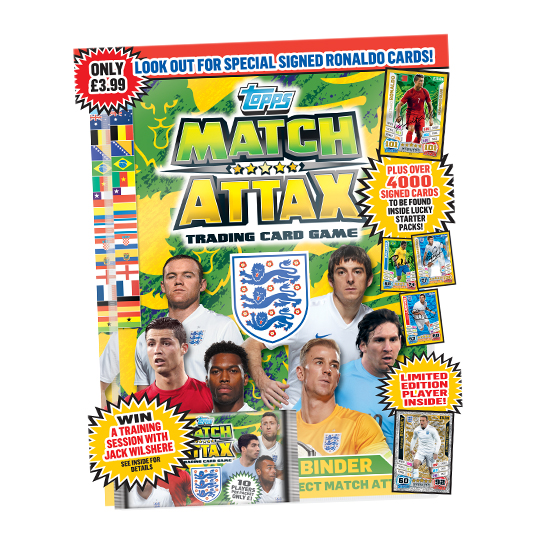 When it comes to toys in the UK, the World Cup is winning

The FIFA World Cup kicks off in Brazil on June 12, and the tournament has already made an impression on the UK toy market by representing a third of industry growth since the start of 2014. The collectors are particularly out in throngs, as themed stickers and cards make up 93% of all toy merchandise linked to the event, says NPD Group.

The FIFA World Cup kicks off in Brazil on June 12, and the tournament has already made a strong impression on the UK toy market by representing a third of industry growth since the start of 2014.

New York-based market research firm The NPD Group finds that sales of World Cup-themed toys have been growing steadily since the start of the year, with more than 9.1 million toys sold in 2014 in the UK being linked to the competition.

Weekly figures for May show that World Cup mania really kicked off last month. More than one quarter (27%) of all toys sold in the week commencing May 11 were related to the tournament, and the best-selling toy that week was the Panini’s World Cup Brazil Official sticker album. Two other items in the top 15 directly linked to the competition were also collectibles – Panini’s World Cup Blister pack of 50 stickers and Match Attax England trading cards.

In fact, stickers and cards represent 93% of all toy merchandise linked to the event. Most of the products are aimed at kids ages six to 10 and are sold in trade and grocers.

Without World Cup-related purchases, grocers’ toy sales would actually be 3% down on last year at mid may instead of holding flat.

The sales are contributing to a significant market growth to date, as the UK toy industry posted a 4.6% value growth year to date to May 17.

This isn’t the first time the British toy market has experienced an impulse boost related to the global event – the UK topped the World Cup toy sales table in 2010, selling more toys linked to the tournament than any of the four big European markets. NPD  figures show that World Cup toy sales reached US$31 million in Britain compared to US$13.4 million in Germany in the year of the last tournament.