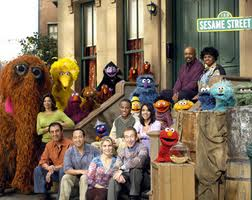 Iconic children's program Sesame Street was named as having the greatest impact of any kids show in the last 50 years as Prix Jeunesse International announced the winners of the 50th edition of its popular children's and youth TV festival in Munich, Germany.

Iconic children’s program Sesame Street was named as having the greatest impact of any kids show in the last 50 years as Prix Jeunesse International announced the winners of the 50th edition of its popular children’s and youth TV festival in Munich, Germany.

Also taking home special prizes for the best kids shows of the last 50 years were The Gruffalo from UK-based Magic Light Pictures for best fiction, Horrible Histories from CBBC for best non-fiction, and The Day I Decided To Be Nina from the Netherlands’ VPRO and Teletubbies from the BBC are in a first-place tie for most edgy.

A panel of 100 international children’s TV specialists picked the winners after reviewing and voting on 50 nominated shows from around the world.

The winners were announced last night at the close of the week-long festival which attracted more than 500 kid’s TV experts including executives, producers, writers, educators, child development experts and researchers.

Among other notable winners in a range of categories for programs of the last two years were Nowhere Boys from Australia’s Matchbox Pictures which snapped up the International Youth Jury award, What’s Your Dream which won the UNESCO Special Prize for Chile’s Mi Chica Producciones, and The Haunted Hathaways (pilot) from Nick US which took the top spot in the seven-to-11 fiction category for the German Children’s Jury.

Up to 6 Years Non-Fiction:
I Know An Animal – Snail
Südwestrundfunk (SWR), Germany

Up to 6 Years Fiction:
The Summer with Dad
Norwegian Broadcasting Corporation, Norway

The full list of winners can be found at www.prixjeunesse.de