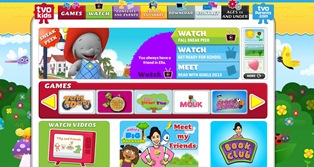 The live-action/animated series was created by Ben Mazzotta and Maria Kennedy of Toronto-based Little Engine and will debut on TVO Kids in early 2015.

The 13 x half-hour series has a question-and-answer format aimed at two- to five-year-olds as it portrays young Howie and his best friend, a monkey named Baboo. The series’ custom-built puppets, designed by Mazzotta, participate in adventures in imaginary animated worlds, whether under the sea, in outer space, or on a safari.

Each segment hinges on a real-life question like How do fish breathe underwater? Does the moon have holes? Or how do snakes move without legs? Howie and Baboo then meet with real experts to help answer those questions.

Now You Know is executive-produced by Mazzotta, Kennedy, J.J. Johnson and Blair Powers. The preschool series is financed in part by the Canada Media Fund, the Shaw Rocket Fund and TVO Kids. Sinking Ship Entertainment’s distribution arm will shop the worldwide TV, DVD, digital, format, merchandising and licensing rights to Now You Know, which are shared with Little Engine.