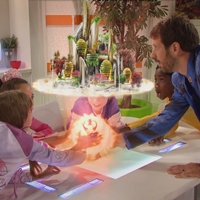 Fifteen productions were honoured with the French-language Awards of Excellence, which recognize achievement in TV programming and digital content for youth.

Canada’s Youth Media Alliance gave out its French-language Awards of Excellence at a gala event at the Maison de Radio-Canada in Montreal on Tuesday night, with projects from Pixcom Productions, Téléfiction Productions and Zone3 among the winners.

This year’s edition of the awards also honored Annick Snell, Groupe media TFO’s director of coproductions and acquisitions, children’s and youth programming, with an outstanding achievement award. The emerging talent award went to Renaud Chassee, who is a content producer with DATIST Studios.