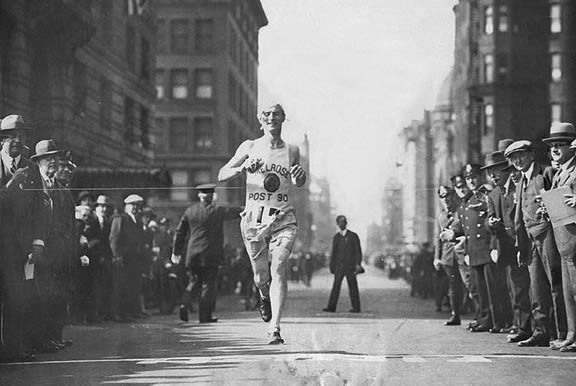 Getting to “Done:” Six things to do at the end of production

A little over a year ago, while embarking on a new project, I posted a blog called "Time to Make the Donuts: Six things to do at the start of production." Cut to this week when I find myself wrapping that very project up and thinking about things from the opposite perspective.

A little over a year ago, while embarking on a new project, I posted a blog called “Time to Make the Donuts: Six things to do at the start of production.” Cut to this week when I find myself wrapping that very project up and thinking about things from the opposite perspective.

The final weeks before a game’s ship date or Apple store release are very different than those when a product is first taking shape. At this point, you know exactly what you’re making. You’ve taken the blue sky thinking of those first weeks or months and realized and refined those ideas through practical application and good old sweat equity. You’re also dealing with a million questions, decisions, and deadlines, including many that have little to do with the game itself — legal, logistical, and technical final steps that are no less necessary than those last QA tweaks to making your product ready for distribution.

The weeks before completion are a lot like the kickoff of a production cycle in one significant way — the emotional rollercoaster of excitement, nerves, and overwhelm. But different behaviors and priorities have to rule the day, so here are a few maxims I’m trying to keep in mind as I approach the finish line.

In my post on the start of production, I suggested going on a listening tour of key stakeholders and project members. While that’s a good principle at the beginning of a project, start to ask for everyone’s opinions a few weeks from your ship date and you’re likely to go mental. The end of a project is no time for crowdsourcing opinions about key features from your entire team. Odds are, most of the big picture decisions are out of the way by now (if they’re not, you may have other problems), and the best thing you can do as a project leader is to knock out any remaining uncertainties so that team members can finish up their work.

Defining “done” is something that’s often discussed as part of an agile production process, but its an important thing to keep in mind no matter what your production method. Defining “done” is essentially asking yourself the question, “What do we need to have to consider this a ‘shippable’ implementation of what we’re trying to achieve?” For example, is it ok if the logon system works but there’s no way for a user to reset their password automatically? What if the user can login and reset their password but it doesn’t look awesome? Defining “done” can prevent you from wasting time and money on features that aren’t essential to your product.

3. Do a Thorough Systems Check

These days, multiplatform is the new normal. Even if you’re just developing for iOS or browser, there are still many, many different devices and screen sizes that you may want to work with whatever you’re making. Earlier this week, I was listening to an interview with the developer of A Dark Room, Amirali Rajan, in which he was talking about the process of finalizing the game. (It should also be noted his hit iOS version is a port of a web-based original version developed by Michael Townsend.) Rajan said that during production he had an iPhone 5, an iPhone5s, an iPhone 4 simulator running on his computer, an iPad 3, an iPad Air and an iPad Mini, and was going back and forth between them to make sure the experience on each device was as good as it could be. And he was only developing for iOS devices!

It’s important to keep this kind of attention to device in mind as your game turns from a game to a product (and is equally true of making sure a web game plays on different browsers or computer screen sizes). If you release for multiple devices or browsers, you can almost guarantee that someone’s going to go out and play your game on whatever you least want them to, so optimizing for different systems is key to having a successful product.

4. Don’t Forget All That Other Stuff

Carla wrote a great post as she was launching her game Williamspurrrg about her To Do list for preparing to launch a game. That list contained a lot of things that weren’t just tuning and tweaking the game itself. As you get close to release, many machines need to be in motion at once — QA should be banging on the game for bugs, marketing wheels should be turning, time needs to be set aside for App store approval (if applicable), research or performance requirements need to be put in place if you’re trying to get actionable data, final legal clearances should be in place, and a basically endless list of logistics will continue to present itself. Having a firm sense of priorities and a plan for executing them ensures all of these things aren’t forgotten in the final push for a shippable product.

I’m big on saying “Thank You.” The end of production is inevitably a stressful time. Team members are often working late trying to make deadlines and relationships can become frayed as creatives or clients try to add final features while a tired development team just tries to make it to the finish line. Everyone’s excitement about the end of the road is mixed with a fair amount of anxiety about what the product will be like once it’s in the hands of a bunch of actual users. So say “Thank You” as often as possible and remember that everyone’s in the same boat — trying to get the best possible product out to market.

6. Remember, the End is Only the Beginning

One way web games and apps aren’t like television shows, movies, or books is that the “end” is not really the end. Once a show has premiered or a book has been printed, the barrier for revisions and re-issues becomes pretty impossibly high, but nearly the opposite is true for a living applications. Users have come to expect updates, bug fixes, and new features to trickle in long after a game’s first ship date. So the challenge is often not just to “finish,” but to set expectations, budget, and timelines for the inevitable updates to come. It’s important to celebrate reaching the end of a production cycler while realizing you may only be at the beginning of discovering what your product really is, and what it looks like when its actually being played.

With that, I better get back to wrapping up this production! If you want to stay in touch, drop us an email at KidsGotGame@NoCrusts.com, follow us @NoCrusts on Twitter, or sign-up to receive email updates from us.