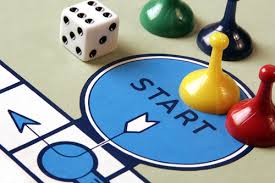 Playing for real in a virtual world

Mother's Day. Father's Day. Memorial Day weekend. All of these opportunities for family get-togethers make me think about kids playing together, rather than in parallel universes. And it's interesting to consider: Technology, both in terms of game creation and content, has fueled the popularity of non-digital play.

Mother’s Day. Father’s Day. Memorial Day weekend. All of these opportunities for family get-togethers make me think about kids playing together, rather than in parallel universes.

A front-page article in last week’s New York Times discussed the resurgence of board games in this era of high-tech gaming. Tools such as 3D printers, crowd-sourcing for funds, and using Amazon for distribution have made developing new board games a feasible and profitable business. Several days later, another front-pager hailed the rise of coding in grades K-12 as the teaching of a life skill.  According to Code.org, approximately 20,000 K-12 teachers have introduced coding lessons into their curriculums since last December. After school programs, parent-child classes and more even up the figure.

As someone who has long (and loudly) preached about the need for balance in kids’ play and learning, the juxtaposition of the two articles made me smile.

It’s interesting to consider: technology, both in terms of game creation and content, has fueled the popularity of non-digital play. It’s no longer just sporting a Nike Fuelband or Fitbit  or even the new Leapfrog  Leapband to encourage off-screen activity. It’s more complicated than reading from an e-book.  Reading is reading. Running is running. But playing with pieces and dice and boards and cards is a throwback to the fun of our childhood marathon Monopoly days. It’s watching someone’s face when they go to jail; seeing their reaction to landing on Boardwalk; playing with 2, 3, maybe 5 real people you can see, rather than sense. Building new board games is about using current trends and tools to create — maker-style — old school products and activities.

Learning to code is a natural correlation.  Kudos to the educators who have recognized that the need to code—to navigate, even control— technology is an increasingly valuable 21st century skill, much as cursive writing knowing the Dewey Decimal System were in the last century. Programs such as Scratch and Scratch Jr. have successfully empowered kids to code and collaborate. Rather than working like an opposing force, coding can actually enhance “human” game play because kids are working and learning together.

As the gaming article stressed, the ability to code, whether or not it’s actually called coding, enables kids to invent new ways to play. Their creative integration of fantasy and virtual reality into content and strategies emphasizes how seamlessly they move between worlds. But the process of collaboration, experimentation and socialization is as important as the end product. And oh, that end product! A physical game that they can play with their friends and family. It’s as much a part of childhood as skinned knees,  And a and “Do not pass Go.”

Take the time in the next few weeks to play a board game with your kids. And while you’re playing, think about another game you just might invent…

Let me know what’s on your mind at wendy@sandboxsummit.org.