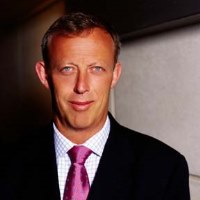 Former Sony exec Stuart Baxter has been appointed to the role of president of London-based Entertainment One Television International.

Former Sony exec Stuart Baxter has been appointed to the role of president of London-based Entertainment One Television International.

Baxter will report to eOne Television’s CEO John Morayniss. In his new role, Baxter will oversee all business activities conducted by eOne Television, including co-production ventures, sales, acquisitions, production financing and strategic partnerships.His role does not encompass oversight of eOne Family content, whose international sales are headed up by Monica Candiani.

Prior to joining eOne, Baxter was most recently at Sony Pictures, where he oversaw the distribution of film and television programs to media outlets in Africa, the Middle East and Europe. Before his time at Sony, Baxter also lead the Warner Bros. Intl TV EMEA business development team.

Baxter’s hire also marks the departure of Peter Emerson, who relocated to London in 2012 to help grow eOne’s international television division. Emerson will continue to work with eOne until July to help Baxter transition into the role.