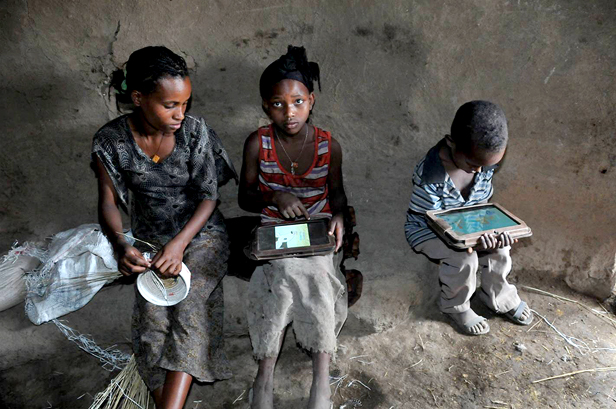 The Global Literacy Project is a pretty perfect example of an initiative that is bridging the gap between research and industry. Its mission combines multi-disciplinary research into whether children can learn to read on their own with fundamental educational technologies brought to places with few or no other learning resources.

This blog is devoted to bridging the gap between research and industry. Whenever possible, I like to spotlight works that are doing that, to good effect.

The Global Literacy Project is a pretty perfect example. The team is inspired by expert estimates that a 21% drop in the world’s illiteracy (by 170 million from nearly 800 million) could erase 12% of the world’s poverty. Its mission combines multi-disciplinary research (neuroscience, psychology, linguistics and more) into whether children can learn to read on their own (and, from there, “read to learn”), with fundamental educational technologies brought to places with few or no other learning resources – developing world villages, but also rural American communities. Its work is sharpened by the growing capabilities of data gathering and analytics.

While the literacy collaborative is driven by academic and community organizations (including MIT, Tufts University, Georgia State, and the Dalai Lama Center for Ethics and Transformative Values), its learning platform is populated with apps from the Google Play store available to families everywhere.

It’s for this reason that I wanted to feature the Global Literacy Project. The project is dynamic and its team is always seeking new apps, including types and topics that are scarce. I’m hoping that this interview with two of the project leads – Tinsley Galyean and Stephanie Gottwald – will bring them new resources, which in turn yields usage data to the developers.

And, so, the bridge is built.

DK: What are the main things you look for in an app for the Global Learning Project?

GLP: For many children, our system is their only resource. Therefore, it’s imperative that the app portrays the English language or writing system accurately. One app stands out in our minds: in almost all respects it was pretty good – nice interaction, good graphics, not too many annoying sounds or bad music – but the developers chose to teach words that were quite hard for a beginner reader. For example, cow can’t be decoded based on the pronunciation of each individual letter (it’s not pronounced k-o-wuh).

Our apps also need to display information in a manner that is clear to the child. For instance, if a vocabulary app doesn’t clearly indicate that the word arm refers to the appendage connected to the upper body, it won’t be of much use to the learner.

As far as design elements are concerned, we notice that children are uninterested in games with a character that gives them lengthy directions, and yet so many children’s games include this feature.

We are also looking for apps that are self-contained and do not require in-app purchases or a wi-fi connection to run. Finally, if the app is truly “addictive” and fun for the kids, that’s an added bonus.

DK: What kinds of testing do you do before deploying apps on your devices?

GLP: There really is no testing with kids. The platform itself becomes a testing platform – we can rapidly deploy an app and watch data come back about how it’s utilized, so we can rapidly iterate to generate the most effective apps. Not only do we believe that’s the best way to create such a learning platform, but also the best way to create a platform that can live and grow with the kids as they live and grow.

DK: What kinds of apps have proved most useful for learning?

GLP: All of the children participating in this project are in the very early stages of learning the reading precursors, like names and sounds of the letters. For them, very simple apps that clearly display this information are the most effective. The children have quickly learned the names of the letters and they have also learned and created songs to name the alphabet. They enjoy apps that require or allow them to write the letters or begin to write words.

DK: Which have proved most popular?

GLP: Amazingly, the children keep returning to the letter apps. They also frequently play with the piano and drawing apps. An interactive storybook designed by the Personal Robots Group at MIT is always one of the top 10-15 apps. The short message is that the kids play more frequently with the apps that require them to do things, to interact with the app.

The children do not seem to enjoy apps that require a great deal of listening. However, we can imagine that as their skills become more advanced and complex they would be open to using content that is also more complex.

DK: For kids, play is learning, but do you find that the children use the devices for play outside the context of their learning? Are there games on the devices that don’t have underlying curriculum?

GLP: Most of the apps we put on the device are focused on early literacy skills. But there are a few like a drawing app, the piano app, that have nothing directly to do with literacy learning. But, the amazing thing is that the kids even use these for literacy learning. For example, the primary use we see for the drawing app is to practice writing the letters.

Because the kids only have access to apps that we put on the tablets, we don’t see a lot of time spent outside of the curriculum. But they guide their own learning experience, and seem naturally to find and spend the most time with apps that match their ability. After mastering those, they move on to others that challenge them.

DK: Do you see differences in play or learning patterns across cultures?

GLP: Not really. What we are observing is the behavior of kids being kids, wherever they are. Across Ethiopia, Uganda and the rural US, when children first get the tablets in their hands, they open all the apps and play with each for very brief periods. Over just a few weeks, they concentrate on a few apps and play with those for longer bouts.

We also see remarkable similarities in the social groups that children build: it’s unusual for a child to play in isolation. They seem to always want to play with the tablets in pairs or triplets, even if each child has his or her own.

DK: What types of apps have you not yet been able to find?

GLP: Ideally, we’d like a collection that represents all the different skills one must acquire to become fully literate. When we mapped those skills to the apps that are available, only 20% of the necessary skills are represented. We are actively trying to help the development community become aware of what’s needed; it’s potentially a huge opportunity for all kinds of new early education apps. The short list of most-desperately needed areas is:

DK: How can developers connect with the Global Literacy Project?

GLP: We’d love for developers to register with us at http://globallit.org/developer/, and make their apps available for deployment.

DK: Are you able to provide data back to app developers?

GLP: Yes. We immediately get information about when an app is opened, how often, and how long kids spend with it. If an app developer would like more data we can provide an interface and instructions about how to instrument their code with a few simple lines that can add data to our data-stream. Using these tools, a developer can track whatever usage patterns would be helpful.

In particular we are very interested in apps that can help with the assessment of kids’ current skill levels.

Word of the Post: Tinsley and Stephanie recommend curiosity as this week’s word, because that’s what drives the best learning, for all of us. 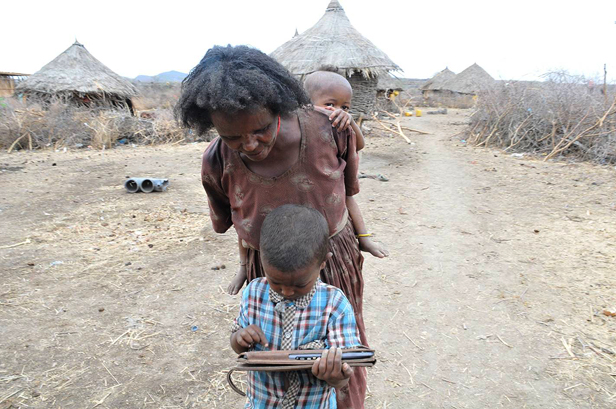