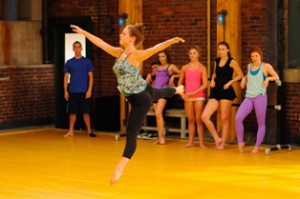 Family Channel takes The Next Step to season three

Toronto, Canada-based Temple Street Productions continues its hot streak in 2014, getting the greenlight from Canada's Family Channel for a third season of its original reality-style show, The Next Step.

Toronto, Canada-based Temple Street Productions continues its hot streak in 2014, getting the greenlight from Canada’s Family Channel for a third season of its original reality-style show, The Next Step.

The youth-focused channel has ordered 30 half-hours of the serialized original dance series, which follows the competitive endeavors of an elite group of dancers.

Family Channel is currently being held in trust as it awaits a regulatory decision regarding its sale by Bell Media to Halifax-based DHX Media. The series’ success to date earned it the greenlight through the trust, a spokesperson for Family Channel confirmed.

The Next Step targets kids and tweens aged six-to-12-years old, and was the most-watched program in that demographic across all specialty channels in its first season. The series’ second season is currently on air and is averaging 348,300 (2+) viewers per episode, according to Family Channel.

The Next Step season three will go into production later this summer. It is executive produced by Frank van Keeken, Ivan Schneeberg and David Fortier and is distributed internationally by BBC Worldwide. The Shaw Rocket Fund also contributed financing to the series.