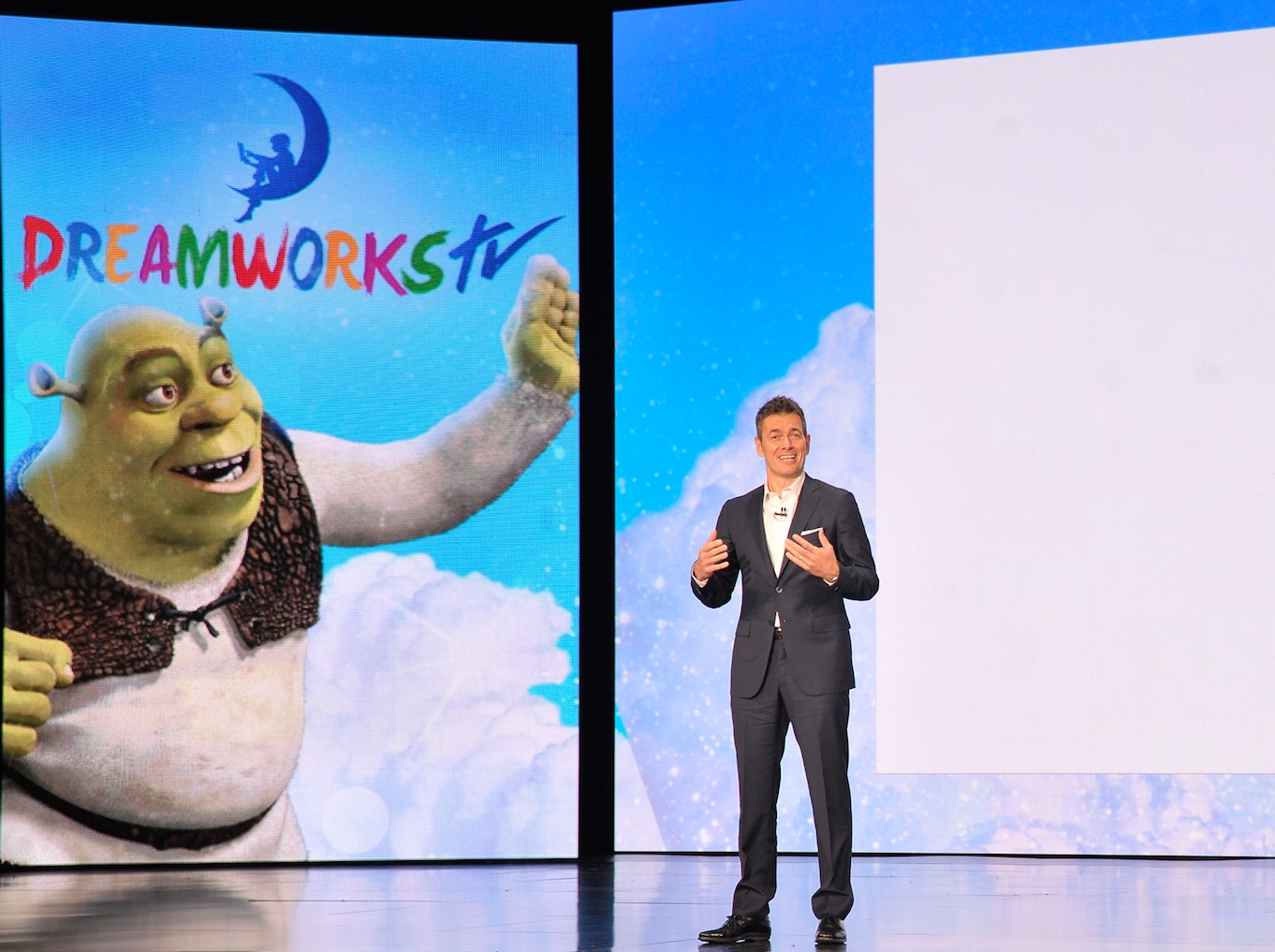 The shows being produced for the YouTube channel are being developed by a separate DreamWorks team overseen by Brian Robbins, founder and CEO of DreamWorks-owned AwesomenessTV.

“Tonight, we’re pleased to announce the launch of Dreamworks TV, their all-new family channel, which will feature original live-action and animation content — made specifically for YouTube.  It officially launches this summer.”

Kyncl showed a clip of one of the first series that will launch on the channel, Jimmy Blue Shorts, executive produced by Chris Hamilton and Zachary Aufdemberg. Other series include Fifi: Cat Therapist, written produced and directed by Mike Blum; and Gorillaville, exec produced by Mike De Trana, Ron Yavnieli and Birkner Rawlings.