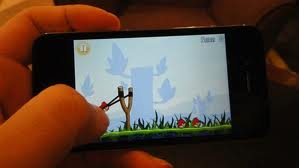 Amid changing gaming trends and a transition to a free-to-play revenue model, Finland-headquartered Rovio Entertainment saw its profit fall by more than half to US$37 million in 2013 - a year that the company says has been a foundation-building one marked by investment in animation, video distribution and consumer products licensing.

Amid changing gaming trends and a transition to a free-to-play revenue model, Finland-headquartered Rovio Entertainment saw its profit fall by more than half in 2013.

After three years of strong growth driven by its globally successful Angry Birds franchise, the company’s net profit after taxes for 2013 totaled US$37 million, down from US$76.8 million in 2012.

Rovio CFO Herkko Soininen called 2013 a “foundation-building year” in a statement from the company, noting that Rovio’s investment in animation, video distribution, consumer products licensing and its move to a freemium business model for gaming will help set Rovio up for a strong future.

Despite the profit decline, Rovio CEO Mikael Hed stressed the importance of several Rovio milestones in 2013 including the production of the first Angry Birds feature film, which is set for a July 2016 global release by Sony Pictures, the launch of video streaming platform ToonsTV which recently surpassed two billion views, and the growth of its digital game and physical toy integration led by its Telepods partnership with Hasbro for Angry Birds Star Wars II.

According the company, its consumer products business accounted for 47% of total revenue in 2013, and relationships were formed in new markets such as Russia and Latin America.

Among additional key launches for Rovio last year were its mobile game publishing initiative Rovio Stars which opened the company’s door to third-party games for the first time, a number of worldwide Angry Birds attractions, Rovio Books which has produced more than 100 titles and a move into the early learning realm with Angry Birds Playground.

Rovio cites the introduction of new games, including Angry Birds Go! (its first freemium non-slingshot game), ToonsTV and updates to existing games as big reasons why its gaming revenues and gaming-related advertising revenue were strong.

The company also grew its number of employees from 500 to 800 in 2013 to help move its investments forward.

Rovio’s transitioning business comes as its rivals in mobile gaming, including King of Candy Crush Saga fame and Finland’s Supercell (Clash of Clans), have been making their own significant strides in revenue growth.