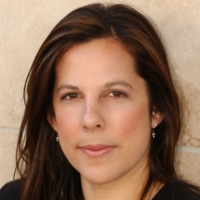 The former Disney Channel and Cookie Jar exec is taking the role of VP creative development and sales at the Vancouver, Canada-based animation studio.

Fonda Snyder has been appointed to the newly created role of VP of creative development and sales at Rainmaker Entertainment effective May 1, the Vancouver, Canada-based animation studio has announced.

Prior to joining Rainmaker, Snyder was a creative consultant at Technicolor and also led her own management company Alchemy Ink, which represented authors and illustrators looking to sell their work to publishers, networks and film studios. She has also served as the VP of original movies for Disney Channel and SVP of creative development and US sales at Cookie Jar Entertainment.

Snyder has also developed more than 25 projects for television and film networks over her career, including a feature length adaptation of the DC/Vertigo comic book House of Secrets. While at Disney Channel, she also supervised the development of Wendy Wu and Cheetah Girls film franchises.

With Cookie Jar Entertainment, Snyder oversaw the development and sale of more than 50 properties, including Busytown Mysteries.

Snyder will be based out of Los Angeles, where she currently lives.