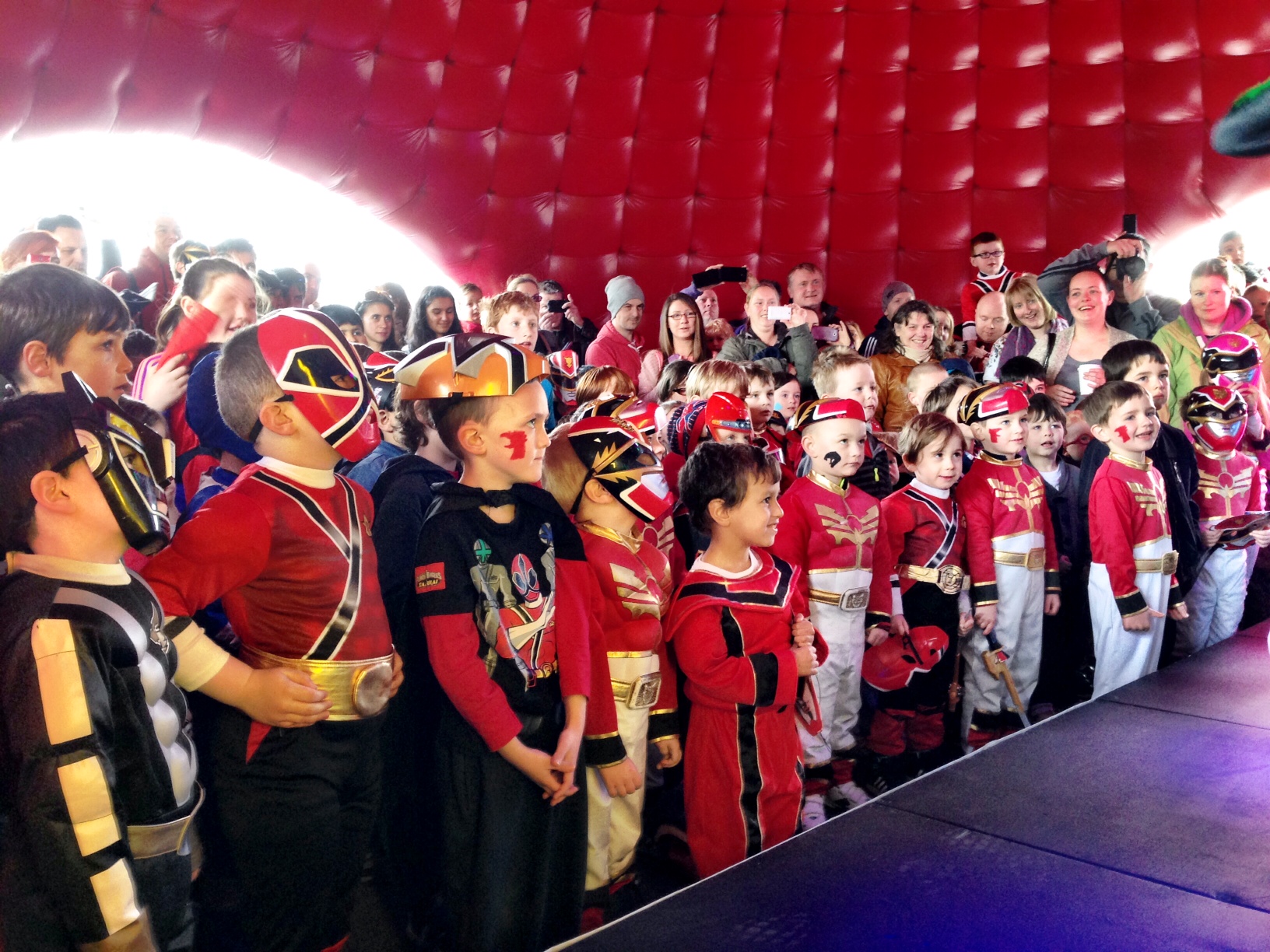 Ireland-based Smyths Toys Superstores has announced that Saban's Power Rangers Megaforce are to make their Irish debut while visiting children and their families at Our Lady's Children's Hospital in Crumlin, Dublin, before embarking on a six-stop tour at selected Smyths stores throughout the country.

Ireland-based Smyths Toys Superstores has announced that Saban’s Power Rangers Megaforce are to make their Irish debut while visiting children and their families at Our Lady’s Children’s Hospital in Crumlin, Dublin, before embarking on a six-stop tour at selected Smyths stores throughout the country.

The tour will run from April 12th through April 17th, featuring a  pop-up marquee outside several of the leading toy retailer’s stores. The Irish tour is the third instalment of the Power Rangers’ larger European tour, following stops throughout both the UK and France in 2013.

Beginning at Smyths Toys Superstore in Blanchardstown Centre on April 12th, the free tour will mark the first ever appearance in Ireland for the Power Ranger Megaforce, which will include six different stops with exciting activities perfect for the whole family. The tour will feature a
Power Rangers performance, followed by exclusive meet and greets, as well as photo opportunities with the Rangers.

All children who visit the tour will receive a free face-mask and professional photograph, and face painting and temporary tattooing stations. The first 100 children who come dressed up as a Power Ranger will receive a special prize, while other guests will have the chance to win prizes.  The retailer will also be offering 25% off the Power Rangers toy range on the days of the event.