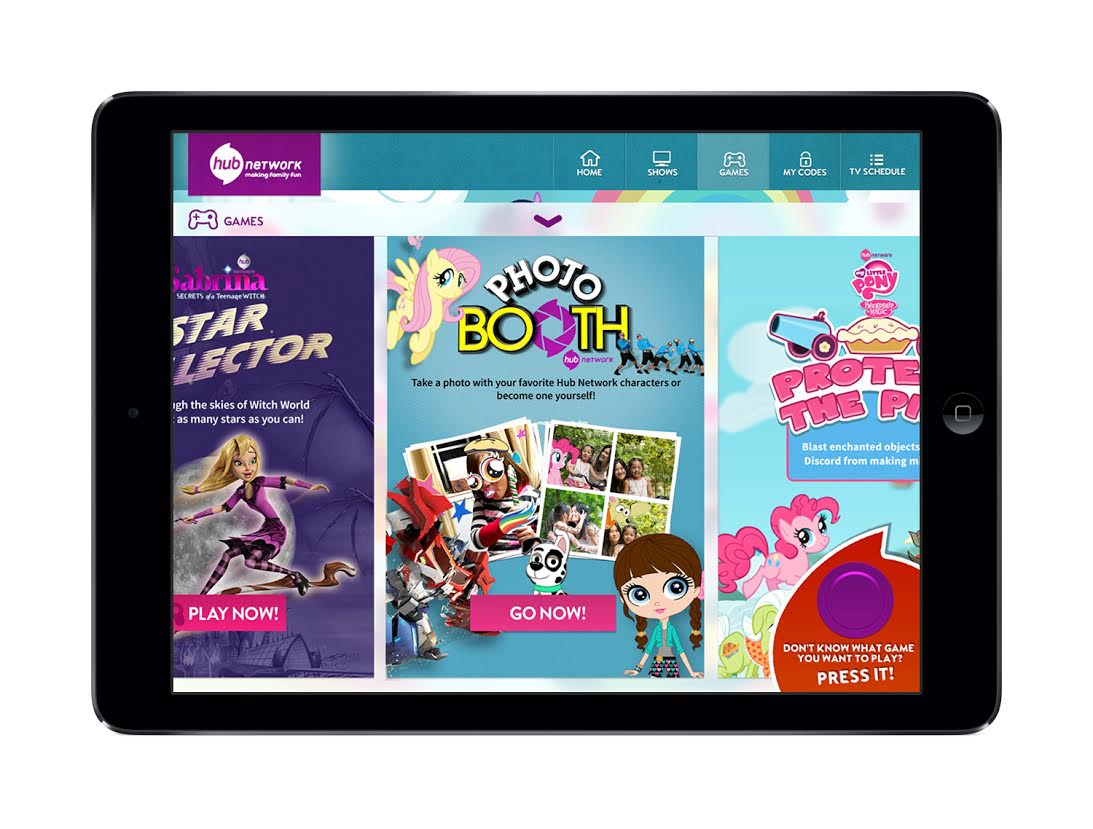 In January, The Hub issued a soft launch of a new tablet-responsive website, rebranded to HubNetwork.com, after which time the number of site visitors hailing from mobile devices experienced a significant spike. With the numbers - and audience - in plain view, the net is now launching its first app, which features games, full episodes and video shorts, as well as a cartoon-integrated photo booth.

It’s undeniable that children’s mobile and tablet usage is soaring, and The Hub has been watching closely.

In January, the network issued a soft launch of a new tablet-responsive website, rebranded to HubNetwork.com, after which time the number of site visitors hailing from mobile devices experienced a significant spike.

With the numbers – and audience – in plain view, The Hub is now following the path of competitors like Nickelodeon and has launched its first app, which features exclusive games, full episodes and video shorts, as well as a cartoon-integrated photo booth activity. The free Hub Network app is available now for both the iPad and iPhone and speaks to the network’s core six-to-11 demo.

“The app is another piece in line with our brand refocus. As the number one network for co-viewing, we really wanted to put a stake in the ground with this app offering,” says Dena Kaplan, Hub Network CMO. “We’re offering another way for families to engage together with our content. For example, one of the fun features is the Hub photo booth, where kids can use characters from shows like My Little Pony and infuse them into their own photos.”

In terms of integration with linear TV, the app features My Codes, wherein kids can unlock codes and stickers on the app based on what they see on the channel. The app will be refreshed regularly, so coming soon will be customizable calendar reminders for which users can set an alert to remind them not to miss an episode of a show.

Based on research conducted both internally and externally, Kaplan says the company was focused on creating a product that offered easy access to content, an element of surprise, humor, games, funny clips and full shows.

“And we think this app delivers on all that,” she says. “We have to be where our fans are, and we are now doing that between the linear channel, this app and our new responsive design website for tablet usage.”

For example, a crop of more user-generated contests that involve family participation are in the works. The contests will complement such existing website features as Family Hub, which lets kids and parents share videos, photos and artwork that could potentially be broadcast on the network and made available to all HubNetwork.com visitors. Within this feature, families can also challenge each other to games, share scores and compete against each other.

In all respects, the competition is certainly on.