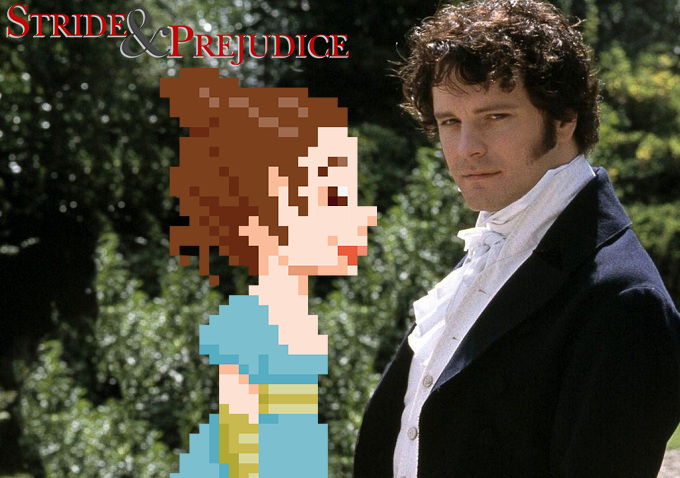 Dr. Carla Fisher takes a look back on the good and the bad things about launching an independent game in the iOS ecosystem. 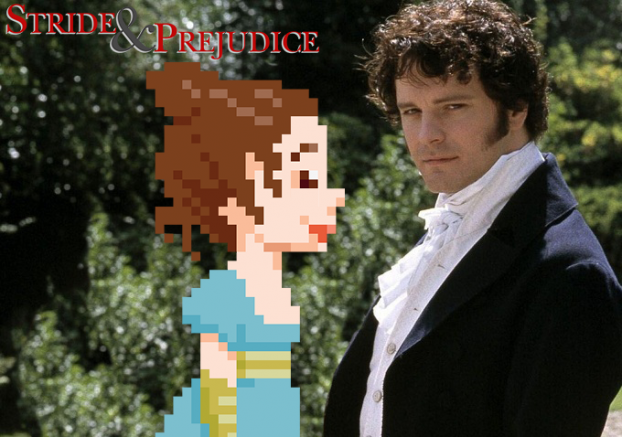 Dr. Carla Fisher is a game designer and digital content strategist with fingerprints on more than 300 games for kids and families. She continues her musings outside this blog via a free weekly newsletter (sign up here) that curates articles, videos, and games that catch her eye. She can be reached at KidsGotGame@NoCrusts.com or @NoCrusts.

I’ve been starting to reach out to developers about writing post-mortems for the Kids Got Game blog. So to kick it off and help serve as an example, I’m finally writing the post-mortem for Stride & Prejudice. (If you’re interested in writing a post mortem or guest post, please contact me at KidsGotGame@NoCrusts.com).

Stride & Prejudice (iOS and Kindle Fire) is an endless runner game where the game levels are created from the text of Pride and Prejudice by Jane Austen. It’s best described as Canabalt meets your Kindle eBook app. Players control the pixel-art Lizzy Bennet as she runs across platforms of text. Survival mode challenges the player to see how far they can get from the beginning of the book while reader mode picks up where the player last died, allowing the opportunity to read the entire book.

Team size: 5 part-time people (me as designer, marketer, janitor, and everything in between; 1 programmer; 2 artists; 1 composer)

Featured by Apple? No. We’ve since picked up a spot in the Mental Games feature category, but otherwise, no Apple love. 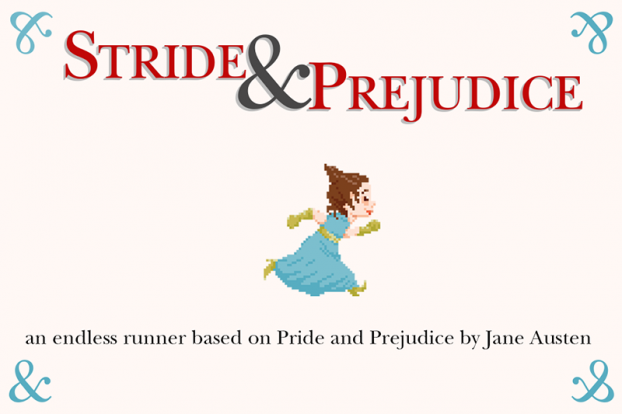 Stride started when I was gnawing on how to make an endless runner educational. I started with an idea to combine geography and the endless runner mechanic. I had some idea of mapping pixels to miles and then you could run your way across the states or countries. (I still suspect that line of questioning might lead somewhere interesting, but I haven’t had the time to do that.)

Somewhere along the line, I thought, what if you ran on words? Maybe on the text of Pride and Prejudice? And I’ll call it Stride & Prejudice.

And that was it. I fell in love with the idea immediately.

Even though I loved the idea, it didn’t mean it was a good idea. I’ve been known to have many bad ideas. How was I to know if this was just my odd sense of humor? Was it worth the resources of time and money to develop?

So I told a few friends about the idea, just to see how they reacted. They said yes, the world needs that game. Yay!

Time to prototype. I used GameSalad. The first prototypes involved jumping word to word. It was so ridiculously hard I couldn’t finish the first sentence. Still, I showed it to people.

They laughed. They kept trying, even after telling me it was too stupid hard. I was on to something. 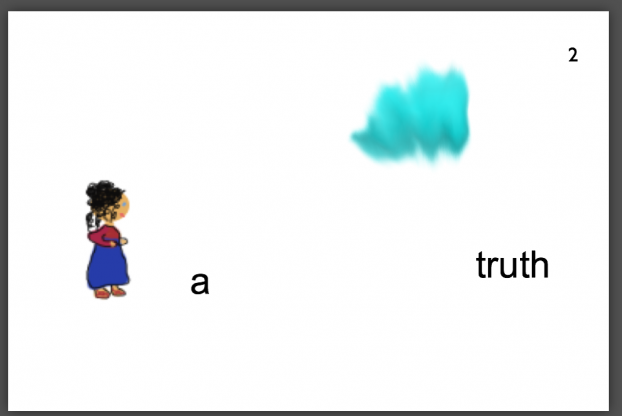 Peter Berry and I were wrapping up development of Williamspurrrrg when I started talking to him about Stride. He started development in June, which still involved a number of rough prototypes as we didn’t know how frame rate would behave under these particular circumstances. We didn’t have comparable games that might give us technical guidance. At this point, we had shifted to chunks of text for the platforms, roughly tied to phrases of the novel. We went through a lot of tweaks to get the initial gameplay to feel right.

Once we knew the basic technical hurdles, we started the cycle of testing and refining.

Mixing audio on the fly is tough stuff. You can theoretically listen to more than 25 hours of music without hearing the same thing. The game randomly picks audio tracks from a library of original music and then mixes it together on the fly. Composer Adrian Hernandez was one of the most patient human beings ever as we sorted out the best way to structure the audio and get the best performance. In the end, we use logic to establish which tracks can be mixed together. Older devices, namely the iPad 1 uses a single short loop as mixing on the fly made the game crash.

Feedback from players were critical to feature development. We toyed with a number of ideas, including adding bad guys to avoid and other game mechanics to make the game interesting. Eventually we realized we needed to keep the game super minimal to not detract from the player’s ability to read the story. Anything more than tapping was distracting.

Press demos well in advance helped seed our interest. When I was fortunate enough to find myself chatting with a games journalist, I showed them the game, even when it was in a fairly prototype-y state.

I bumbled testing on first generation iPads. I was so focused on fine tuning the game for launch as well as all the other things we needed to do, that I didn’t systematically check all of the target devices. Shortly after launch, we realized the first generation iPads had a crash bug and we scrambled to issue an update to fix it. We were lucky that it didn’t cause more of a problem.

I wish we had used a cross-platform development environment. We just finished the Android version. In hindsight, it would’ve been easier to to develop both iOS and Android simultaneously. But we learned a lot about the strengths and weaknesses of the native code bases.

Press coverage didn’t convert to sales. Despite our great press coverage, we didn’t sell that many copies. I don’t know why people didn’t buy the game. It may have been the novelty of the idea gave them a good laugh but they didn’t need to see the game?

I priced too low. If I had it to do over again, I’d price at $1.99 to start. I suspect the number of sales we would’ve lost at $1.99 would have been negligible for the bottom line. Someone should have sent me my blog post on pricing…

It’s easy to see that Stride is a financial loss (or at this point it is incredibly unlikely to recover the costs). Building a successful business takes far more than one or two apps and a good press story!

Financial success was a bonus, not a requirement, for my 2013 goals. I wanted to develop two independent games in order to add pieces to my portfolio. Because I do so much consulting and work for hire, it’s easy for my identity as a designer to be linked to the work I do for other properties. Stride and Williamspurrrrg both served to show what happens when I run a project soup to nuts and am left to my own design devices.

The game also had great press and reviews. I also can speak freely about the development experience and sales rather than the secrecy that often surrounds client projects.

So, yes, Stride & Prejudice was a success in my book.

If you’re interested in writing a post mortem or guest post, please contact me at KidsGotGame@NoCrusts.com. Or let me know which apps would be of particular interest and I’ll see what we can do!