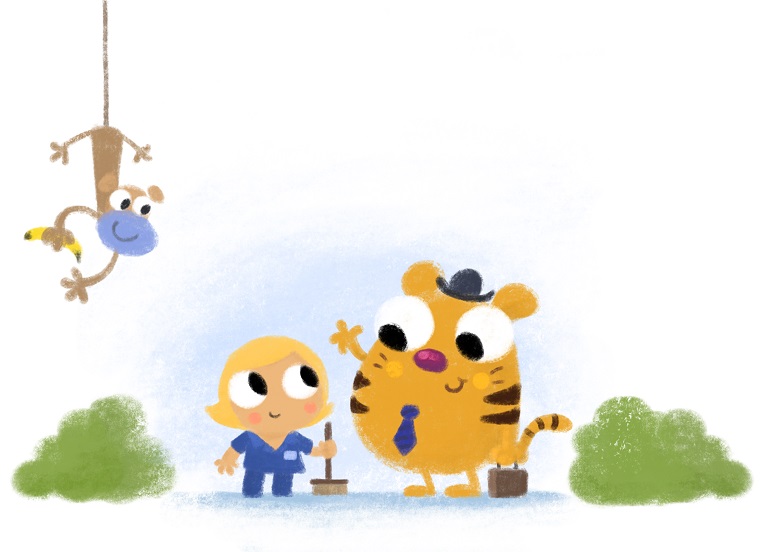 After meeting on a job a number of years ago and collaborating on various projects since, Dublin, Ireland-based children’s media specialist Jason Tammemägi and his wife Méabh Tammemägi, a producer, decided it was high time to combine their strengths and launch their own company.

The seeds for Mooshku were planted last June after Tammemägi left a 13-year stint as creative director of Geronimo Productions (formerly Monster Animation), where he created, wrote and directed hit preschool show Fluffy Gardens and worked on preschool shows Planet Cosmo and Roobarb & Custard Too.

“I’ve made a lot of children’s television,” says Tammemägi. “And Méabh is very active on the production side, and in things like positive parenting workshops, so we asked ourselves, ‘What else can we do?’”

With their goals for the company in order, the couple set to work to officially unveil Mooshku in February. Set up to offer fun, positive experiences, stories and activities across multiple platforms for kids, the new company develops and manages its own in-house properties and also provides consulting, writing, script-editing and production services to third-parties developing kids content.

Its first project in development, 2D-animated preschool comedy Millie and Mr. Fluff was introduced at this past Kidscreen Summit and has so far received strong interest from CBeebies and RTE. The 52 x five-minute series follows the slapstick adventures of a little zookeeper and her tiger friend, a master of disguise that can stand in for any missing animal in the zoo.

Mooshku has received financial support from the Irish Film Board and is currently seeking potential co-production, distribution and broadcast partners.

The company is also deep in development on a new digital-based children’s brand that will be announced in the coming months. Tammemägi says the IP will feature content designed to teach core life skills that will serve the next generation in adulthood.