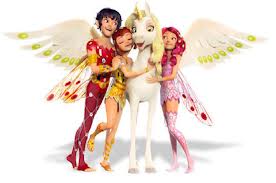 Mia and Me gets US deal, more global broadcasters

action/CGI series combines fantasy, adventure and comedy, and chronicles the adventures of 12-year old Mia as she juggles her life in the real world with another role in the magical kingdom of Centopia. In addition to the January launch on Nickelodeon in the UK ,  Nick US will bow the series next month. Other new TV partners on board include Gulli (France), Gloob (Brazil), where the show is set to launch on April 14, and Eleven (Australia), where it will bow in late May.

Currently, the first season of the series has more than 70 broadcasters in more than 80 territories. And the second season is slated for delivery in late 2014/early 2015 along with a feature film, which is planned for a theatrical release in 2016. Additionally,  a full range of merchandise will launch this year in established territories, including a toy line from international toy partner Mattel. Other partners include Ravensburger, Egmont, Unilever, Nestle and Panini.