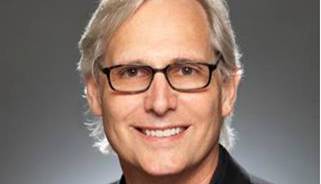 Disney's snub of the cloud-based digital service that's supported by all other major Hollywood studios doesn't bother Mitch Singer, president of the Digital Entertainment Content Ecosystem, who believes the two are "not incompatible."

Disney’s new cloud-based service, announced yesterday, is seen by most as a rival to UltraViolet, a “buy once, play anywhere” service from the other major Hollywood studios (NBC Universal, Paramount, Sony, 20th Century Fox, Warner Bros.) that had a shaky launch two-and-a-half-years ago.

However, there isn’t a sense of competitiveness coming from Mitch Singer (pictured), president of the Digital Entertainment Content Ecosystem (DECE), the organization tasked with deploying UltraViolet, which is backed by a consortium of 85 companies that includes film studios, consumer electronics manufacturers and retailers, cable companies, ISPs and network hardware and Digital Rights Management (DRM) vendors. He professes to see Disney’s new service not as a foe, but as another important step forward for movie and TV lovers.

“I think the key takeaway is that every single major motion picture studio believes that consumers who like to collect our content should be able to view that content across multiple devices,” Singer says.

UltraViolet launched its first title (Warner Bros.’ Horrible Bosses) in October of 2011. Today, the service carries 12,000 films and TV shows from all the major studios sans Disney, as well as mini-majors (DreamWorks Animation, Lionsgate, Relativity Media) and the BBC and HBO.

In contrast, Disney’s service — originally dubbed KeyChest when it was first announced in October 2009 — is launching with approximately 400 titles. It will only have product released by Disney (including Pixar and Marvel titles) and only be available through Apple devices (iPhone, iPad, iPod Touch, etc.) and desktop or laptop computers. At the moment, there appears to be no smart TV app, so if you want to watch a Disney cloud title on your big screen TV, you’ll need an Apple TV set-top box.

UltraViolet titles are available from a multitude of retail providers including Flixster, CinemaNow, Target Ticket and Vudu, covering virtually all platforms, including computers, smart TVs, set-top boxes and Android and iOS devices.

Depending on the retailer, UltraViolet titles can be either downloaded or streamed. Customers are not buying access to a movie stored on a cloud, but rather the rights to view that title.

Says Singer: “If I have a collection of a couple hundred movies and there’s a new UltraViolet retailer that I like because maybe they offer some social attributes that other retailers don’t offer, the moment I link that new retailer to my UltraViolet account, all of my rights go to the new retailer.”

Although UltraViolet and Disney Movies Anywhere are currently in separate VHS and Beta-like camps, Singer is cautiously optimistic they’ll find a way to come together one day.

“We’re not incompatible,” Singer says. “There are a lot of ways we can work together and I think that teams at DECE and the studios and Disney will continue to have conversations along those lines.”