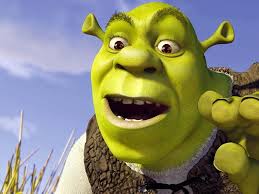 Merlin and DreamWorks to unveil Shrek attraction in London

Europe's biggest visitor-attraction operator Merlin Entertainments has partnered with DreamWorks Animation to launch Shrek's Far Far Away Adventure, a new interactive attraction based on the popular green ogre and his friends.

Europe’s biggest visitor-attraction operator Merlin Entertainments has partnered with DreamWorks Animation to launch Shrek’s Far Far Away Adventure, a new interactive attraction based on the popular green ogre and his friends.

Six attractions are expected to rollout over nine years with the first headed to London for summer 2015, just ahead of the film’s 15th anniversary.

The deal marks the first time that Merlin has paired with a Hollywood studio to launch a scaleable branded entertainment experience based on a globally recognized entertainment franchise.

It’s also the first time DreamWorks Animation will help create an attraction by licensing the use of its characters and stories.

The 20,000-square-foot attraction will be based on a brand new adventure story written by DreamWorks and will feature an interactive walkthrough space, a character courtyard starring DreamWorks characters from Shrek, Madagascar, Kung Fu Panda and How to Train Your Dragon and a rotating exhibit area and retail outlet.

Shrek’s Far Far Away Adventure will be situated alongside other popular London-based Merlin attractions including The London Eye, the London Sea Life Aquarium and The London Dungeon.

To date, the Shrek movie franchise has hauled in more than US$3.5 billion in worldwide box office revenue.

It recently partnered with Finland’s Rovio Entertainment to launch the first-ever Angry Birds 4D experience at Merlin’s Thorpe Park Resort this May.