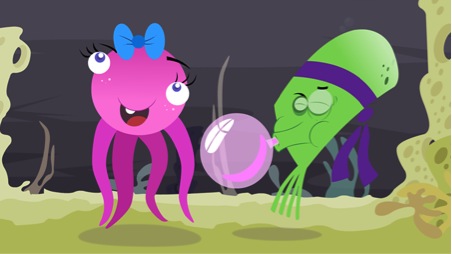 Following its launch at MIP Junior, Monster Entertainment has secured new deals across Europe, MENA and Asia for the animated series Outopus.

The 52 x two-minute series has already been picked up by Disney Japan, YLE Finland, NRK Norway, Junior TV Germany, and Al Jazeera children (JCC). Aimed at children from ages four to eight, the slapstick comedy has also been picked up by a number of airlines including Aer Lingus, Vietnam Airlines, Meridiana Fly, Air Italy and Norwegian Air.

The series was produced by Rocket Cartoons in Costa Rica and tells the story of five octopus friends that have grown bored of life in their fish tank.