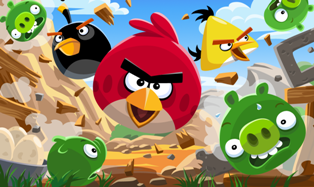 Vancouver, Canada-based Sony Pictures Imageworks has been tapped by the owner of the popular mobile video game app as the main animation studio for the film.

Rovio Entertainment, owner of the popular mobile video game app, was enticed by the British Columbia government to choose the Canadian studio as its main animation house.

“Angry Birds is a worldwide phenomenon, and its creators want its movie adaptation done right,” B.C. premier Christy Clark said in a statement. “And to do it right, Rovio and Sony Pictures Imageworks have shown their faith in Vancouver – and that will lead to more opportunities and more jobs,” she added.

Fergal Reilly and Clay Kaytis are to direct the movie, which is set for a July 2016 global release by Sony Pictures.

“It was very important for Rovio to find the perfect partner – in style, talent and location – to bring the Angry Birds movie to life, and Sony Pictures Imageworks in Vancouver made that decision easy,” said Mikael Hed, CEO of Rovio Entertainment, in his own  statement.