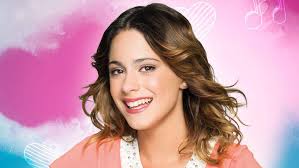 Disney Channels Latin America and EMEA are adding a third season as well as a 90-minute concert special to the teen-skewing telenovela Violetta.

Disney Channels Latin America and EMEA are adding a third season to the teen-skewing telenovela Violetta.

Production on the show’s third season is now underway. The series will follow the students of Studio On Beat once again.

Additionally, Disney Channel is set to release an exclusive 90-minute concert special to celebrate the European concert tour Violetta En Vivo, which will launch across EMEA thisyear.   The special features the full-length live performance and gives fans a peek at behind the scenes during the tour.

Violetta was created as the first live-action original series by Disney Channel Latin America and Disney Channels EMEA in association with Argentine production company Pol-ka. The series made its debut on Disney Channel UK this past summer after bringing in significant ratings in Latin America, France, Spain and Italy.