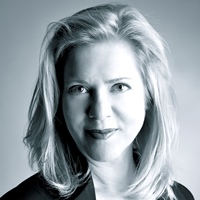 Toronto, Canada-based Shaftesbury has added some star power to its creative roster with the hire of veteran animation producer Natalie Dumoulin.

Toronto, Canada-based Shaftesbury has added some star power to its creative roster with the hire of veteran animation producer Natalie Dumoulin.

Joining in a consulting role as creative producer, Dumoulin will lead creative development and production across Shaftesbury’s kids and family division, which includes properties such as Totally Amp’d, Life with Derek, Overruled and Connor Undercover.

She will also oversee Super Duper Deelia, a new live-action adventure series from writer and creator Laura Vandervoort, and a preschool series currently in development with Canadian pubcaster CBC.

In the business for over 20 years, Dumoulin has worked on some of Canada’s highest-profile kids series, including Caillou, which she wrote and executive produced, and the Emmy-winning Arthur.

“With a strong track record developing and producing globally successful properties like Arthur and Caillou, Natalie will bring fresh energy to our kids’ business,” said Joanna Webb, SVP, content strategy, in a statement.

Dumoulin will be based out of Shaftesbury’s Toronto office.