Levy and Williamson say the more than 20 years of combined experience Abraham and McGuigan have with Breakthrough, as well as their years of additional industry experience, will continue to strengthen the company’s position as a world leader in production and distribution. 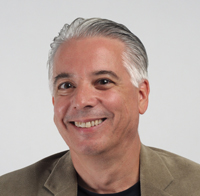 He adds that the company, in terms of new digital media for kids, will continue to expand across OTT platforms and in the online gaming and app space.  “It’s a tremendous area to grow especially with our own IP. In addition, the opportunity is not just around what platforms are available, but what partners we can find in the case of international co-productions, for example.”

Increased original production and distribution of third-party feature films and TV movies for families is an additional growth area for Breakthrough as it moves forward.

Since launching in 1984, Breakthrough has become one of Canada’s leading television, film, and digital media production and distribution companies, boasting a library of more than 3,000 half-hours of programming and a significant portfolio of digital content for eBook, webisode, online and mobile game formats. The studio’s programs have been sold to broadcasters in more than 200 global territories.