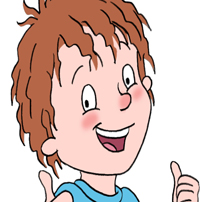 UK kidscaster CiTV has commissioned a fourth season of one of its most popular series, Novel Entertainment's Horrid Henry.

UK kidscaster CiTV has commissioned a fourth season of one of its most popular series, Novel Entertainment’s Horrid Henry. Production is underway on 52 new episodes, which will bring the total number of Horrid Henry eps to 208.

Broadcast is slated for later this year.

Since launching on CiTV eight years ago, the Horrid Henry brand has been extended to film, stage, radio and online, as well as a licensing and merchandising program.

Distribution partner Zodiak Rights has recently secured a range of new and returning broadcast deals for the property, which to date has been bought by networks including Cartoon Network in Asia Pacific, ZDF Germany, RTE Eire, Mediacorp Singapore, RUV Iceland, NRK Norway, Hulu US, SVT Sweden, YLE Finland, RTP Portugal, TVP1 in Poland, Iconix in Korea and Digiturk in Turkey.