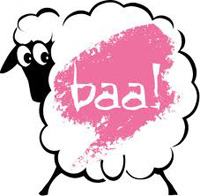 The 2014 British Animation Awards (BAAs) finalists have been announced and studios up for multiple awards this year include Aardman Animations, Astley Baker Davis and Beakus.

The 2014 British Animation Awards (BAAs) finalists have been announced and studios up for multiple awards this year include Aardman Animations, Astley Baker Davis and Beakus.

Rewarding new and established animators, the awards are held every two years and recognize all types of animation across a number of categories including children’s series, preschool series, short films, animated graphics for film and television, music videos and commercials.

This year, Aardman Animations’ Shaun the Sheep is up for best children’s series with competition from Cartoon Network Studio Europe’s Amazing World of Gumball and CiTV’s Compost Corner. Aardman is also nominated in the long-form category for Pirates: In An Adventure with Scientists and in the best motion graphics category for Darkside.

Other notable nominations include Beakus, which is up for three awards including best mixed media children’s series for its CBeebies show Num Tums, Snapper Productions for its preschool series nomination for its first TV series production Q Pootle 5, and Karrot Animation for Sarah & Duck, also up for best preschool series.

The winners of the 2014 BAAs will be announced on March 7, 2014 at a special ceremony held at the BFI on London’s Southbank.

Shaun the Sheep: The Stand Off
Lee Wilton
Produced by Aardman Animations for CBBC

Num Tums: No 5
Steve Smith
Produced by Beakus for CBeebies

Get Squiggling Letters: Letter A
Dan Edgley and Adrian Hedley
Produced by Dot to Dot Productions for CBeebies

Pirates: In An Adventure with Scientists
Peter Lord
Produced by Aardman Animations and Sony Pictures Animation

The Snowman & The Snowdog
Hilary Audus
Produced by Lupus Films