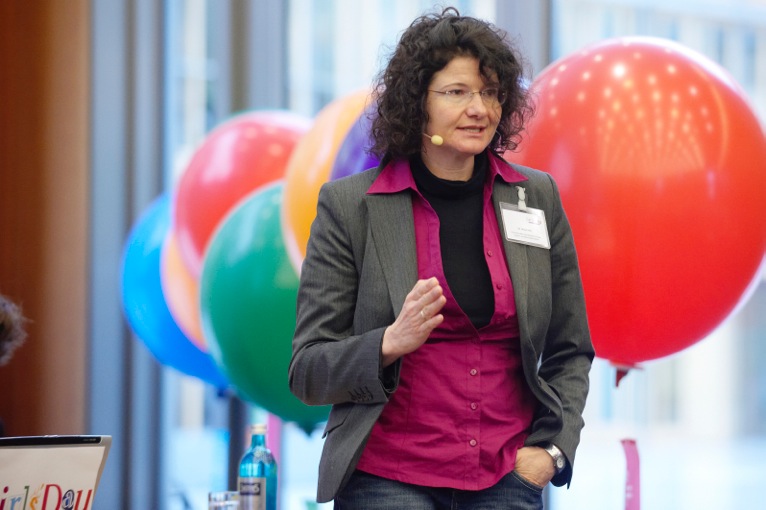 The IZI and PRIX JEUNESSE: Partners for study and celebration

Internationales Zentralinstitut für das Jugend- und Bildungsfernsehen. I get out of breath just saying it so, like most, I use its short name - The IZI. In many ways, the IZI represents exactly what this blog seeks to promote - symbiosis between academic research and content creation. Today, we explore IZI's types of research, methods, philosophies and findings in the realm of children and media research.

Internationales Zentralinstitut für das Jugend- und Bildungsfernsehen.  I get out of breath just saying it so, like most, I use its short name – The IZI.  But, if you want to be formal, in English it’s “International Central Institute for Youth and Educational Television,” and it’s among the world’s oldest centers for children and media research.

The IZI was founded in 1965 at the Bavarian Broadcasting Corporation (Bayerischer Rundfunk or ARD/BR), in cooperation with a number of state and national media and government organizations.  That makes it just one year younger than its sibling, PRIX JEUNESSE – the international children’s television festival.  The festival will celebrate its 50th anniversary when the final competition takes place in Munich from May 30-June 4.

In many ways, the IZI represents exactly what this blog seeks to promote – symbiosis between academic research and content creation.  Over two posts, this blog will explore IZI’s types of research, methods, philosophies and findings (today’s entry) and its unique relationship with PRIX JEUNESSE (in two weeks) that enriches the festival, via global studies with children around a special theme.

These posts take the form of an e-mail interview with Dr. Maya Götz, pictured, head of both the IZI and PRIX JEUNESSE.

DK: Is there a specific name or way to describe the IZI’s approach to research, or type of research?

MG: We make a distinction between “basic research,” “trend research” generally on shows or developments, and “formative research” on shows where we are involved in the production (whether for ARD/BR or others).

Basic research is driven by the need to know more about a certain phenomenon from the children and youth audience side. Currently, for example, we are conducting two international studies: “Fears and Nightmares From a TV Show” and ” Do Children All Over the World Have the Same Feelings,” looking both at whether children show emotions in the same ways and if/how they want a TV character to show his/her feelings.We also do international media analysis studies to capture what’s on the market, including the annual KidsReport of what’s offered across German TV, done since 1992.

Trend research is driven by curiosity about general media phenomena, such as highly successful shows (e.g., Hannah Montana or SpongeBob) or format trends (e.g., talent shows like Pop Idol). Our current question is “why are shows on vampires, werewolves etc. like Buffy, Twilight or Vampire Diaries successful among young people?”

Our formative studies begin from knowledge we’ve gained in other research, on how to foster children’s and young people’s understanding of certain topics. We integrate that into new program or format concepts and conduct a lot of specific reception studies (depending on the editorial staff’s needs, we might test a pilot episode, an entire first season, a whole series, or specific characters). In the case of learning shows, we might also test the outcomes, or whether the hosts, the dramaturgy, etc. are attractive and effective.

DK: What methods for data gathering and analysis do you use most often?

We use a variety of methods, depending on the age group and the questions to be answered. In the case of reception studies, we nearly always videotape children while they are watching the show. This enables the editorial staff to “screen the screening” – to gain a better insight into what their audience looks like, and to get a feeling for how they watch a show (or don´t – sometimes they do something else, play or yawn).

We also let children draw a lot of pictures, as this is a nice, age-appropriate way to articulate what they want to say.

[Editor's note: among the most popular features at PRIX JEUNESSE are Guessing Games – short clips of children around the world watching a particular program, followed by a question about how the program was received by a particular audience (older/younger, boys/girls, geographic region), a pause for discussion or guessing, and the answer.]

DK: We have a running theme in this blog about research valuing “process” whereas industry needs immediate “results.”  How do you feel about this distinction – is it real?  How is the IZI’z research built to help industry get “results”?

It depends on the theme. It took me 10 years and 30 studies to answer one question: “what makes a TV character a kid’s favorite.” The German book “The Hero(in)es of Girls and Boys” runs 880 pages (the English version, to be published in May 2014, is only 330). It took that much time to understand the correlation and interdependence of everyday life, children’s gender and identity work, and shows’ concept and dramaturgy.

Sometimes, an area of research is still very much in theoretical development; for example, we might ask ‘what is quality TV for boys,’ but ‘critical boys’ studies’ are just developing with new articles and perspectives evolving constantly.

Every new trend we research demands a new process; so scholarly understanding requires a lot of time. TV people, too, sometimes need years to develop a really good idea, finance and produce it.

Good, helpful research to foster quality in children’s TV requires a scholarly approach. Often, marketing research via questionnaire, single interviews or focus groups leads to really flat advice, or can even harm the quality or essence of the show.

Empirical results themselves are less important than being able to make meaning of them – you have to be a scholar, to know the current discourses developed at “the ivory towers.”

We have the world’s largest library on children’s youth and educational TV, and we read and evaluate the published knowledge. But, then my task is to create ways and learning spaces where producers can understand its essence that they need to make their work better. Whereas university professors are normally first and foremost responsible to their students, I’m working for a broadcasting institution, and we work hard to see the difference and find a way to bridge it.

In the case of formative research, most of the time we try to be as quick as possible, but if you want solid qualitative research with a reliable sample, and an evaluation more profound than just a summary of what was said, for me it means at least two months. This is often a terribly long time for someone who has put all his/her energy and heart´s blood into a show, and wants to know whether it works and ways to “optimize” the program.

Two weeks from now, we’ll complete the interview with Maya Götz, covering the link between the IZI and PRIX JEUNESSE – how the Institute’s research guides worldwide workshops for producers and writers, the intersection between culture and media and whether research translates across borders, and what to expect from the research strand at PRIX JEUNESSE 2014.

In the meantime, you can find IZI studies and the journal TelevIZIon in English here, and register to attend PRIX JEUNESSE 2014 here.

Word of the Post: “Discourse” – In academic fields, discourse refers to the strands of understanding, or ways of thinking around a topic.  It is an inherently interactive and evolving idea, where new findings, theories or ways of looking at a topic can cause evolution or branching in the current discourse.