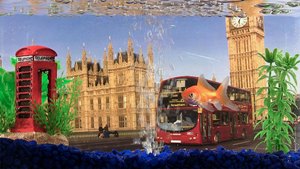 A fourth, web-exclusive series titled Hank’s Tank - about the adventures of a pet goldfish – will also be released daily. Finally, a weekly segment called Super Pup Saves the World will air on Fridays throughout February.

Toronto-based Temple Street Productions produced all of the content for Project Pet. Family Channel has worked with Temple Street on other productions including the successful tween series The Next Step.

“When we have different ideas, we often find ourselves working with them because they are always open to taking risks and trying new things,” Goldsmith said of the partnership.

All of the televised segments – which run from 30 seconds to a minute – will also be posted on Family Channel’s website and YouTube channel.

In addition to featuring all of the Project Pet content online, the Family Channel website will feature a game centered on Hank the goldfish. And starting Feb. 14, the network will run a contest where kids can submit a video of them and their pets for a chance to appear on the Family Channel site.

Family Channel is commercial-free, Goldsmith noted, a fact that inspired the idea to produce short-form content that could run between shows while also supporting overall programming and marketing initiatives.

The channel also took its cues from the short, fun videos kids tend to watch on YouTube, Goldsmith said.

“We just thought that we should try to take a crack at it without trying to copy it.”