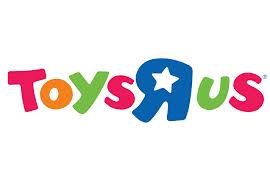 Sales at US Toys 'R' Us stores declined 4.7 % over last year during the 2013 nine-week holiday period. However, overall December sales were still up slightly for the retailer.

Sales at US Toys ‘R’ Us stores declined 4.7 % over last year during the 2013 nine-week holiday period. However, overall December sales were still up slightly for the retailer.

Internationally, same-store sales were down 3% over the same period. According to the company, growth in Australia, China and Southwest Asia was offset by softness in Japan, Canada and European markets.

And with an eye on the Greater China and Southeast Asian markets, the retailer has just appointed Andre Javes to oversee its 140 stores in the region. As MD for Toys ‘R’ Us Southeast Asia and Greater China, Javes will manage all operations for wholly owned stores across Brunei, China, Hong Kong, Malaysia, Singapore, Taiwan and Thailand and provide oversight for the company’s licensed stores in the Philippines and Macau, including more than 2,500 employees in the region. Javes previously served as MD of Toys ‘R’ Us Australia.