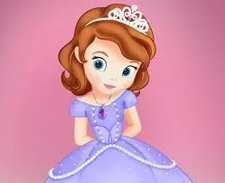 Disney Junior has ordered news season pickups for its popular series Doc McStuffins, Jake and the Never Land Pirates and Sofia the First.

Disney Junior has ordered new season pickups for its popular series Doc McStuffins, Jake and the Never Land Pirates and Sofia the First.

Breakout hits Sofia the First, which follows the adventures of Disney’s first little girl princess, and Doc McStuffins, which centers around a six-year-old girl who runs a clinic for her stuffed animals and toys, have each been picked up for a third season. Jake and the Never Land Pirates, meanwhile, will head into its fourth season.

All three series have ranked among the top 10 cable TV series for 2013 in kids ages two to five in the US. The series are also featured in the Disney Junior Appisode app for iPad, iPhone, and iPod Touch and are among the most-viewed episodes on WATCH Disney Junior for web and mobile devices.

The new season pickups will also impact Disney Consumer Products, which already has robust programs in place for the three properties. (Combined, the three series have more than 900 book titles.)