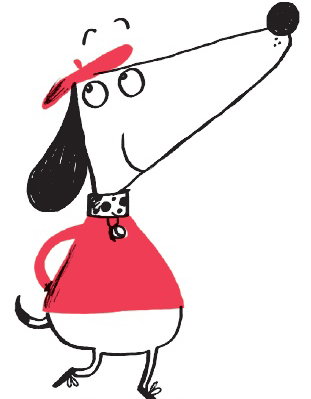 Marking the prodco’s sixth major kid’s television project after producing popular series including Pajanimals and Driftwood Bay, the new series will target kids ages four to six and follow the adventures of the books’ popular beret-wearing canine, Claude, his trusty sidekick Sir Bobblysock, and other quirky characters such as Mr. and Mrs. Shineyshoes, Mrs. Cowpat the Farmer and Brenda Burntbottom the fire chief.

Sixteen South’s creative director Colin Williams and head of development Emily Whinnet are handling the show’s development and the prodco will stay true to the books’ distinct color palette of black, white and red. Davey Moore will write for the series with direction from Tim Harper and music by Mark Gordon.

Hodder Children’s Books first published the picture books in 2011 and the books are now sold across five continents in 16 languages.