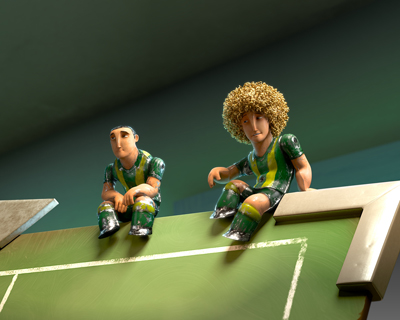 The film, from Oscar-winning Argentinean director Juan José Campanella (The Secret in their Eyes), made a record-breaking debut in Argentina in July under the title Metegol and attracted more than two million viewers. It also garnered positive reviews after kicking off the San Sebastian International Film Festival in Spain in September.

Inspired by Roberto Fontanarrosa’s short story Memoirs of a Right Winger, Foosball follows the adventures of a talented young foosball player, Amadeo who, with the help of his team, must face his most feared football rival.

The latest deal follows on the heels of Gulf Films picking up the distribution rights for the Argentine/Spanish co-production in the MENA region. Foosball‘s MENA premiere is expected in 2014.

Nottingham Forest currently handles licensing and merchandising opportunities for the movie across Europe and Asia.