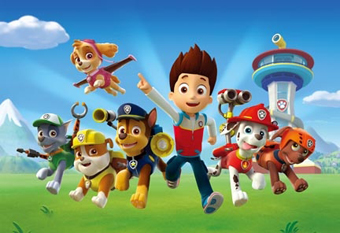 The move will expand the presence of the global kids TV brands in Hong Kong, and VIMN believes the intro of Nick Jr., in particular, will fill the current gap in preschool programming  in the local market. TVB subscribers can expect to see established Nick Jr. programs like Dora the Explorer, alongside new series like Spin Master Entertainment’s Paw Patrol (pictured).

Nickelodeon has a portfolio that includes television programming and production around the world, plus special events, consumer products, digital offerings, recreation, books, feature films and pro-social initiatives. Nickelodeon’s brands are seen globally in more than 450 million households in more than 100 territories via more than 70 locally programmed channels and syndication.