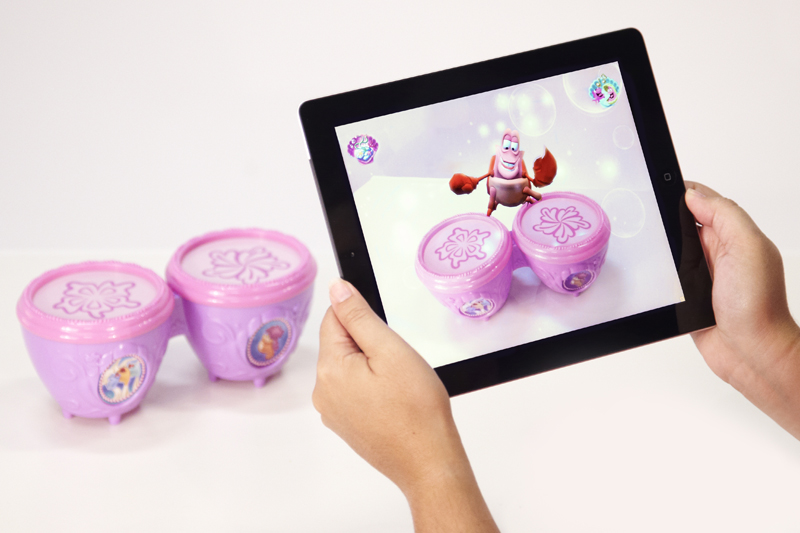 Following the trend of enhancing kids' interactive experiences with physical toys and digital content, DreamPlay Toys has released Ariel's Musical Surprise, the first app in its mobile-toy initiative as a joint-venture between Jakks Pacific and NantWorks.

Following the trend of enhancing kids’ interactive experiences with physical toys and digital content, DreamPlay Toys has released Ariel’s Musical Surprise, the first app in its mobile-toy initiative as a joint-venture between Jakks Pacific and NantWorks.

Currently available for free in the US with the option of in-app purchases on the Apple App Store for iPhones and iPads, the Disney-published app uses NantWorks’ proprietary iD recognition technology that works on 2D images and 3D objects.

Without markers or QR codes, the app’s technology instantly recognizes select Little Mermaid toys and role-play products including an Ariel-themed musical light-up dress, a musical instrument set, a mermaid kitchen, and an Ariel keyboard vanity manufactured by Jakks and now sold separately at retailers across the US.

The technology lets kids unlock 3D-animated interactive games that work in tandem with the IP’s toys and offer activities such as exploring Ariel’s grotto, painting and decorating fish under the sea, and music creation.

Ariel’s Musical Surprise is timed with this fall’s Blu-ray release of The Little Mermaid Diamond Edition and comes as Jakks is making moves to re-align its operations and manufacture more products with digital elements after experiencing a sales slide this summer.

DreamPlay plans to launch its Disney line of products internationally in 2014 along with other proprietary and licensed properties.