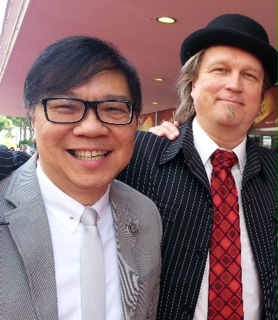 Coming out of this week's MIPCOM is news of a joint venture between Finnish 3D animation company Anima Vitae and Malaysia's Creative Media Point, called Anima Point, which will leverage the former's technical skills and creative talents with the latter's presence in Asia.

Coming out of this week‘s MIPCOM is news of a joint venture between Finnish 3D animation company Anima Vitae and Malaysia’s Creative Media Point, called Anima Point, which will leverage the former’s technical skills and creative talents with the latter’s presence in Asia.

The studio will be based in Kuala Lumpur, Malaysia, and the regional government will also offers support and other incentives for creative content production such as the Film in Malaysia Incentive (FIMI) that offers a cash rebate of 30% for in-country expenditure. The country is also home to a numerous about of multi-talented and multi-lingual knowledge workers as well as high technology infrastructure to produce content.

Anima Vitae has already been contracted by Germany’s Trixter, which just produced visual effects for Marvel’s Iron Man 3, for service work on the 3D animated feature Seven Dwarves. Anima Point will also be co-producing with Trixter and Denmark’s Einstein Film the 3D-animated feature Hugo, which is based off the ’90s troll character. This property, with a budget of US$10 million, will be targeted for worldwide distribution. Production is expected to begin in 2014 and it will aim to be finished by 2016.