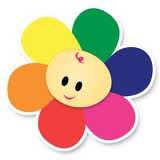 The network will be included in the U-family and U300 packages and above, reaching more than three million homes. It will be available on Channel 310 in Standard Definition.

The launch of BabyFirst on AT&T U-Verse brings the network’s reach to 38 million homes in the U.S. BabyFirst airs in more than 35 countries.

BabyFirst focuses on the parent-child interaction. It has earned critical acclaim for its effectiveness in introducing growing children to the basic learning building blocks, including vocabulary, numbers, music, colors, art and much more.

Currently, AT&T U-verse is a nearly US$12 billion annualized revenue stream in only seven years since its initial launch in 2006.