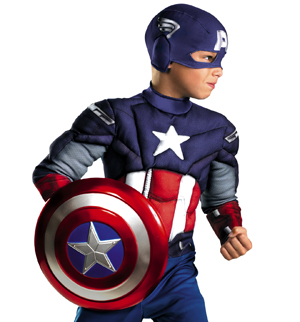 As Marvel continues to grow its portfolio of superhero feature film properties, San Diego-based manufacturer Disguise has inked a new deal that will offer an expanded range of Marvel inspired Halloween costumes and accessories.

The new offering will feature costumes and accessories based on brand new Marvel theatrical releases including Marvel’s Captain America: The Winter Soldier, Marvel’s Guardians of the Galaxy and Columbia Pictures’ The Amazing Spider-Man 2.

Products are expected to hit US retailers in time for the 2014 Halloween season. Marvel first announced Disguise as a licensee for Marvel’s Guardians of the Galaxy in June. It will manufacture costumes/accessories based on the IP’s characters such as Star Lord, Drax and Gamora.

In January 2012, Disguise signed an expanded licensing deal with Marvel that gave it the ability to create products based on the complete Marvel library of characters.