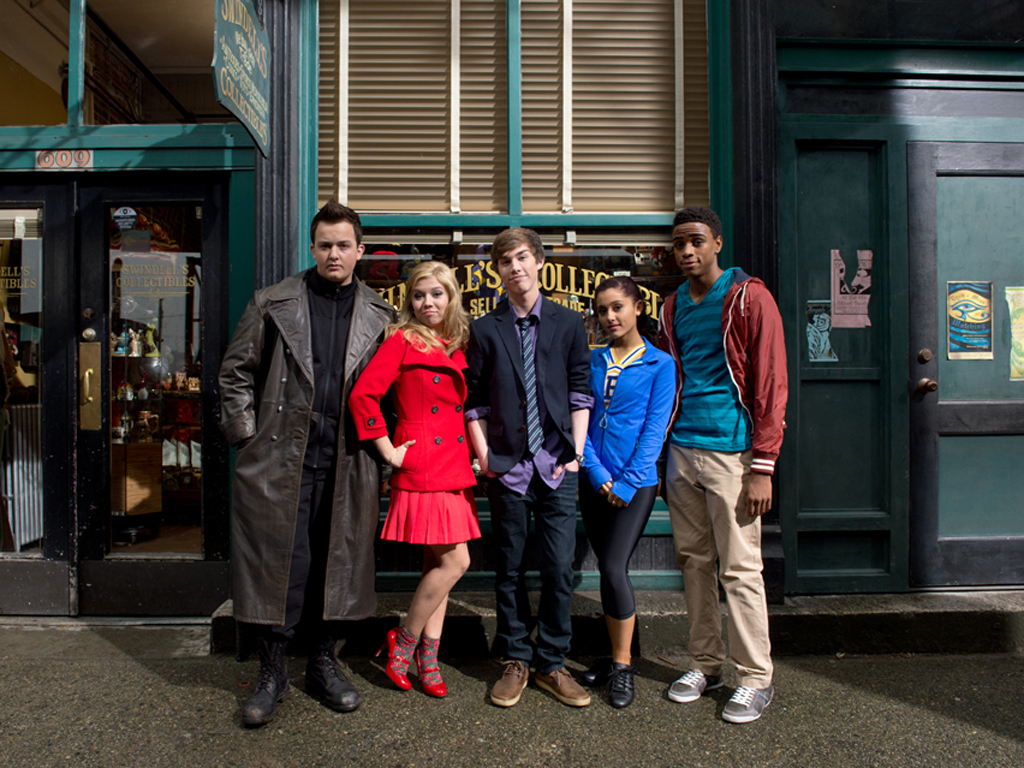 The 90-minute comedy features an ensemble cast: Jennette McCurdy and Ariana Grande from Sam & Cat; Noah Crawford and Chris O’Neal from How to Rock; Ciara Bravo from Big Time Rush; and iCarly‘s Noah Munck.  Swindle is based on a book by Gordon Korman.

The movie tells the story of an evil collector who cons Crawford’s character out of a million dollar baseball card that could have saved his best friend’ home.

The movie will begin airing in 2014 on Nickelodeon’s more than 40 international channels across Europe, Latin America, Asia and Australia.