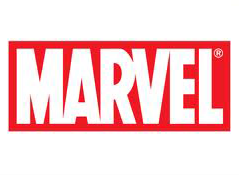 Marvel names new licensees for Guardians of the Galaxy

Disney-owned Marvel Entertainment has tapped Mad Engine, C-Life and New Era to introduce a new line of apparel and accessories inspired by next summer's big screen release: Marvel's Guardians of The Galaxy.

Disney-owned  Marvel Entertainment has tapped Mad Engine, C-Life and New Era to  introduce a  new line of apparel and accessories inspired by next summer’s big screen release:  Marvel’s Guardians of The Galaxy.

As the first apparel partners on board for the film, C-Life, Mad Engine and New Era join Hasbro, Disguise, and Sideshow Collectibles on the licensee roster for the merchandising program for the latest Marvel film franchise.

Mad Engine and C-Life will serve as the core apparel licensee with a line of T-shirts and fleece for boys and men, while New Era will develop signature co-branded headwear and hats inspired by the Marvel property.

Marvel’s Guardians of the Galaxy is directed by James Gunn and stars Chris Pratt (Star-Lord), Karen Gillan (Nebula), Zoe Saldana (Gamora) and Benicio del Toro (The Collector).  This fill is slated to arrive in theaters August 1, 2014.