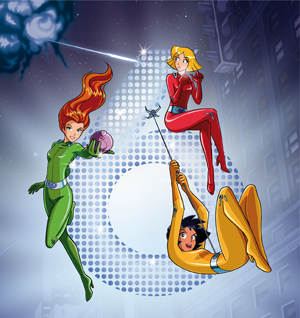 Totally Spies viewers will be seeing a lot more of the Zodiak Kids brand in Southern Europe thanks to new cross-platform initiatives by Italy's Super TV and Spain's TV3.

Totally Spies viewers will be seeing a lot more of the Zodiak Kids brand in Southern Europe thanks to new cross-platform initiatives by Italy’s Super TV and Spain’s TV3.

For Spain, TV3′s kids channel Super3 has launched season six with an extensive broadcast promotion highlighted by 12 new episodes of the series and strong ratings from airingTotally Spies! The Movie (1 x 75 minutes) on June15-16. Super3′s kids portal www.super3.cat has also added new online activities around the IP and TV3 recently renewed seasons one to five andTotally Spies! The Movie.

The latest projects follow the announcement of an international promotional event at Versailles taking place this summer.