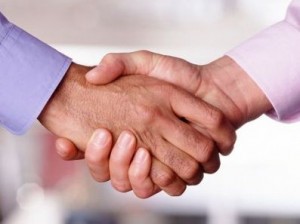 Parisien, reporting to Crull and based in Montreal, will oversee the company’s 34 national specialty, four pay TV and 107 radio properties in English and French. He will also oversee out-of-home operations, which will retain its name as Astral Out-of-Home. Parisien is currently Astral Media EVP and COO, and president of Astral Radio, and oversees Astral’s operations and growth strategy. He joined Astral in 1994, after working several years at Telemedia.

Quétel, based in Montreal, will oversee operations of Bell Media’s OOH network in Quebec, Ontario and B.C., with product lines including outdoor advertising, street furniture, transportation and digital. Quétel, who has extensive advertising experience with the transportation industry, founded Passeportmedia in 1998, which was bought by Astral in 2005. Quétel is currently Astral’s VP, business development.

And Astral board chair André Bureau will continue his work as counsel at Heenan Blaikie. A former CRTC chairman, Bureau joined Astral in 1990 as president and CEO of Astral Bellevue Communications and has held several executive roles in the company.

On the sales side, Astral exec Luc Sabbatini has been appointed as president of Bell Media Sales. Sabbatini, following the transaction’s closing, will oversee an integrated French and English sales team.

Rita Fabian, current EVP, advertising sales for Bell Media, will depart the company in early October, after guiding the sales team through the integration process, according to a release from Bell Media.  She first joined the company in 1986.

Sabbatini, who will be co-located in Montreal and Toronto, will oversee all national conventional and specialty TV, national radio, out-of-home, digital and multi-platform advertising sales, brand partnerships and media creativity.