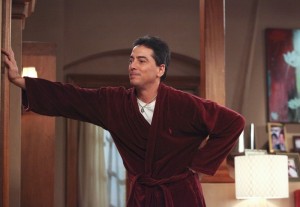 The Corus-owned kids channel will premiere new series like OH NO! It's an Alien Invasion and See Dad Run (pictured).

Corus Entertainment has unveiled the 2013 fall lineup for YTV, which will kick off early with new and returning series debuting in August.

The lineup will also feature the iCarly and Victorious spinoff, Sam & Cat, premiering Mondays at 6 p.m. beginning August 12, and Wendell & Vinnie, which will debut Mondays at 8 p.m., starting August 12.

Rounding out the list of new series is the live-action sitcom See Dad Run, which will join the Monday night lineup starting September 2 at 8:30 p.m., while the animated series Sanjay and Craig will debut Saturdays at 10 a.m. starting August 17.

Nickelodeon series The Haunted Hathaways and The Thundermans will also join the YTV lineup at some point during the 2013-2014 broadcast season.

Canadian talent competition series The Next Star will return to the lineup with three new episodes on Mondays, starting September 2 at 7 p.m., ahead of its season finale on Sunday Sept. 22 at 7 p.m. Canadian series Mr. Young will also return for its fifth and final season beginning in November, alongside the second season of prank show Extreme Babysitting.

Meanwhile Monsters vs. Aliens, inspired by the DreamWorks film, returns for a new season beginning Saturday, July 20 at 10:30 a.m.