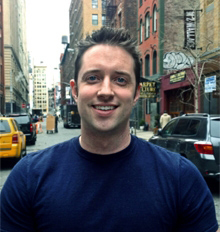 New York-based FlickerLab has hired Jordan Geary to head up the creative company's multiplatform production and development projects and to manage its operations.

New York-based FlickerLab has hired Jordan Geary to head up the creative company’s multiplatform production and development projects and to manage its operations.

Prior to his FlickerLab appointment, the veteran producer, director, show-creator, and on-air personality worked on acclaimed kids productions such as 3rd and Bird for Disney Junior/Cbeebies, Wonderpets for Nickelodeon, and Kappa Mikey for Nicktoons.

Since jumping into his new role, Geary has already taken on game and app development including more than 100 eBook projects for the likes of Barnes & Noble and Penguin, The Hub’s Joy Berry TV series, and Kids Health’s animated series How The Body Works.

Since launching in 1999, FlickerLab has produced thousands of hours of animated content across TV, film, eBooks and apps.