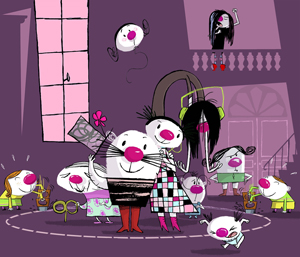 Mediatoon to distribute The Crumpets

Currently in production, the series was introduced at this week’s International Animation Film Market (MIFA) and has been commissioned by French channel Canal+ Family.

The Crumpets follows the whimsical adventures of Lil’one, the youngest member of a large eccentric family, who has a special relationship with his Gran Ma.

Mediatoon plans to launch the series at MIPCOM 2014.