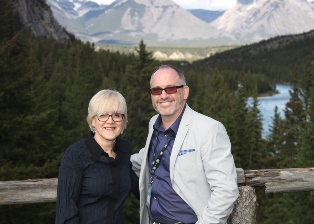 The fund will contribute financing for up to two family features each year with production budgets of between US$3.5 million and US$5 million (Telefilm's Carolle Brabant and Corus' John MacDonald pictured).

The fund will contribute financing for up to two features each year with production budgets of between US$3.5 million and US$5 million.

The program is open to Canadian feature film producers with a fully developed film script and plan for market viability, according to a Corus release Tuesday.

International treaty co-productions are also eligible for the pilot initiative.

Corus and Telefilm will jointly evaluable applications, and selected projects will have a portion of their budgets supported by the fund.

Additionally, selected projects will receive financial investment from Corus Entertainment, and a broadcast commitment and marketing support from its stable of family and film networks like Movie Central, W Movies and YTV.

The program is slated to launch in 2013. More details on criteria and eligibility are available through Corus and Telefilm.