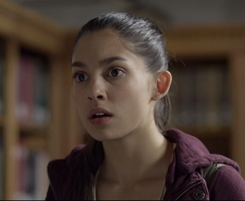 The new deal will see the Jill Golick-created series make its Kids’ CBC debut online in winter 2014 then head to Kids’ CBC TV.

The series, which to date has amassed 2.5 million views and is distributed on several video platforms including Ameba TV, blip.tv, Daily Motion, DigitalChickTV, Koldcast.TV and YouTube, features interactive elements that allow fans to solve mysteries with the show’s main characters online between episodes.

Season two showcased an hour’s worth of narrative video content, 50 behind-the scenes videos and a series of websites and character Tumblr pages.

Plans led by Seiffert Media Advisors are also in the works to expand the series internationally across multiple digital platforms with an eye on the US market.

Ruby Skye P.I. is produced with the participation of the Independent Production Fund and the support of the Ontario Media Development Corporation (OMDC).