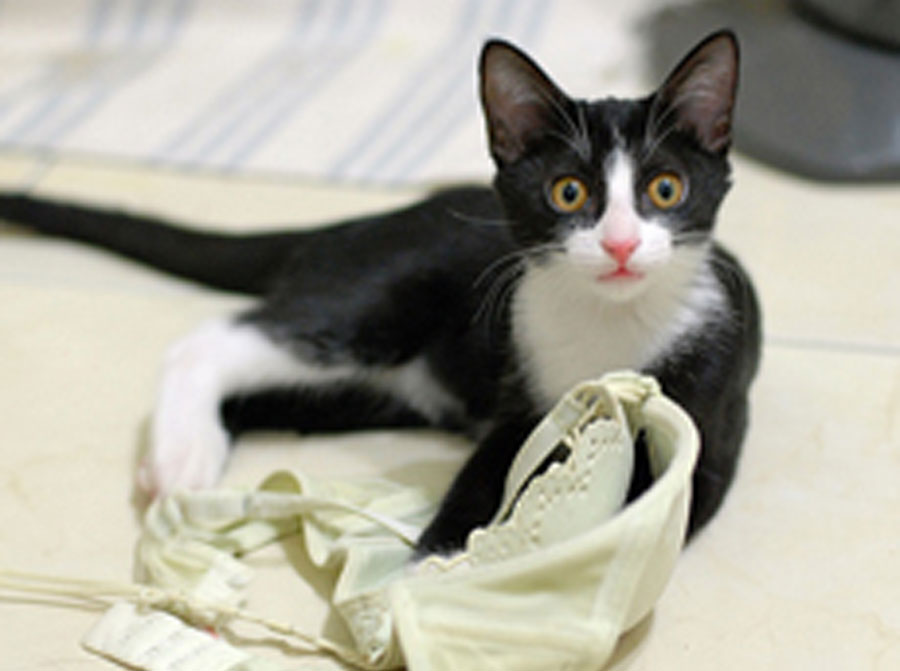 For Grown-Ups Only: 17 Child Un-Friendly Games That You Should Play

In the ongoing adventures of public speaking, I just presented Inappropriate Inspirations: How "Grown-Up" Media Can Inspire Great Kids Games at INPlay in Toronto. This was a lecture about the inspiration designers can find in games that are most certainly NOT made for kids.

In the ongoing adventures of public speaking, I just presented Inappropriate Inspirations: How “Grown-Up” Media Can Inspire Great Kids Games at INPlay in Toronto. This was a lecture about the inspiration designers can find in games that are most certainly NOT made for kids. I will warn you now that some of these games can be quite offensive or violent.

So why in the world would I suggest you check these games out?

It is admittedly a way to rationalize playing games for my own personal enjoyment, but I also find great inspiration from the innovation that happens in the games industry in general. Yes, these games tend to have bigger budgets, privacy policies that aren’t riddled with parent permission, and use language and imagery that will make the average person blush.

They’re paving the way for innovation that we can take advantage of in our work creating children’s media, or at least use to inspire our adventures. These technologies will get cheaper, will be perfected, and will be useful for us at some point.

So, here’s the games I discussed and why. (In case I wasn’t clear, I am in absolutely no way advocating that you *make* games like these for kids or let kids play these games. They are clearly for adults!)

1. Cards Against Humanity (physical card game): Like an incredibly awkward and funny Apples to Apples, Cards Against Humanity is a brilliant card game, where one person puts down a prompt, and the remaining players select cards to finish that prompt. (“What are my parents hiding from me? Harry Potter erotica, Italians, Grandma…) It’s social. It’s released under Creative Commons copyright, so you can easily and legally print your own cards (and add your own!). It’s well balanced — four people can play it as easily as 14.

2. Bout (iOS): As a kind of digital Apples to Apples, Bout provides prompts (“What are you doing right now?” or “What’s a dog’s dream?”) and then you select or take photos that fit the prompt. You can play as part of the global experiences or with just your friends. The images tend to get raunchy, but it’s a well-balanced and fun social game.

3. DrawQuest (iOS): This is the next generation of Draw Something, where you’re provided daily prompts and partial pictures for you to illustrate. So you can be as creative as you want. In the case of “What’s Under the Bed?” everything from adorably sweet imagery to Calvin (as in “… and Hobbes”) to creepy undersea creatures appear to be lurking down there.

4. Fingle and Slice HD (iPad): Two variations on cooperative puzzle design for the iPad. Both have clever and clear personalities (Fingle has sexual overtones. Slice HD is blood and knives.) and are well-designed multitouch games.

5. Left 4 Dead (PC, Xbox): Following in the cooperative theme, Left 4 Dead is one of the most brilliantly designed cooperative games out there. It’s starred in several of my talks about cooperation because it is designed to clearly need multiple players and allows people with varying skills take the lead.

6. Borderlands 2 (multiple video game consoles): Cooperative game design often brings up the question of what to do when players have varying abilities. Borderlands 2 has a mode where less experienced players are heavily scaffolded to have a positive experience. The lead designer ended up in hot water for referring to it as “girlfriend mode” but it’s officially the “Best Friends Forever Skill Tree.”

7. Super Mario Galaxy (Nintendo Wii): The challenge of different skill levels is not unlike the dual-premise challenge for television writers — how do you make content that engages the child and doesn’t bore the parents? Super Mario Galaxy achieved that (in a fairly child-friendly way). An adult or experienced player can play the levels as the first player. A second player can wave the Wii Remote at the screen to pick up the star bits. They achieved this dual-premise gaming beautifully!

8. Mario Kart (Nintendo platforms): If you ever played Mario Kart and realized one player seemed to always get the good power ups, it likely was the scaffolding system kicking in. This artificial intelligence helps out the players who are struggling by providing extra boosts. Simple player data has powerful opportunities to scaffold the users (all data collection challenges aside…).

9. Halo 3 (Xbox): Before you wonder why I’m talking about Halo 3 and not the more recent version, know that Halo 3 had a feature that’s no longer supported. They published a lot of data in the form of heat maps for users to review. These heat maps not only allowed players to form strategy but also potentially identified usability problems within the game. Sadly, Halo 4 does not share data, but Halo 3′s heatmaps remains a powerful example of how we could help kids visualize and synthesize data.

10. Kowa-Oto (iOS): A Japanese horror sound-novel, this is a weird and creepy one. But as you start playing, it does a great job engaging your emotions through the audio design, visuals, and the tension of trying to navigate a strange puzzle. Not that we want to creep out kids, but it does make a nice case for how games can engage players emotionally.

11. Dead Runner (iOS and Android): Another slightly creepy game is this endless runner. (A platformer game that basically only ends when you die. And then you start over from the beginning.) Play it with headphones on and see how engaged you become, and how you jump when you inevitably run into a tree…

12. Dear Esther (Mac and PC): Dear Esther defies most rules of gaming — you walk around but can’t pick anything up. There’s no characters to talk to. There’s no real puzzles to solve. It’s largely subject to your own interpretation. It’s been described as a movie in a video game. It’s stunning and emotionally engaging with beautiful narrative. If you really want to challenge your emotions, walk into the water and try to swim as far as possible.

13. Thomas Was Alone (Mac and PC): At first glance, it seems like the design team Tweeted this one in. But it’s actually a minimalist game with incredibly endearing narrative. You become very attached to rectangles and their skills. The tutorials are seamlessly integrated into the level design and narration, too, which frankly could help a lot of children’s developers think about how to teach kids to play games.

15. Hardest Game Ever and Hardest Game Ever 2 (iOS and Android): Following in the steps of WarioWare, these are super quick minigames that are ridiculously hard. Yet they’re super well-designed (with heavy monetization options for those who want to buy their way through), so it motivates the player to keep trying. It’s a great example of simple, engaging game design with an irreverent feel.

16. Zombies, Run! (iOS and Android): Part audio-novel, part pedometer, part music player, this game adds narration about a zombie apocalypse to your run. By using your mobile device as a pedometer, you can also directly control your escape from the zombies. It’s a great twist, with solid production values, for the native features of mobile devices.

17. I’d Cap That (iOS and Android): Easily a contender for app most likely to offend everyone that capitalized on the fact that everyone wants to put captions on their pictures. I really don’t recommend putting pictures of kids in there, but if your brand of humor aligns with drunken frat boys, you’ll enjoy this one. Otherwise, take it as another app that smartly and nicely used the native photo feature to create quite a sensation.

There you have it. Seventeen games that are inappropriate for children yet are totally worth checking out.

Next chance to catch a session by me is Games + Learning + Society in Madison, Wisconsin, Cartoon Digital in Munich, The Children’s Media Conference in Sheffield, England, and Casual Connect USA in San Francisco.

But if not there, we’re always at KidsGotGame@NoCrusts.com or @NoCrusts on Twitter!